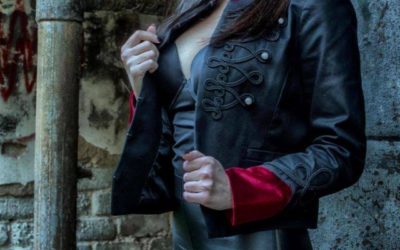 Marialena Trikoglou was one of three singers in the Athens doom band Horrorgraphy, who released their debut album Seasons of Grief in 2019. After leaving that group, Trikoglou released her solo album Vanity this March.
These interview excerpts from September 2020 are reposted from The Ripple Effect with the author’s permission.