Well it’s been a while, so I won’t waste anymore space and get right down to business.

NOSTALGIA IS FOR SUCKERS
There seems to be a pretty ridiculous trend going on now with the WWE. People are clamoring for new talent, yet, when they get this new talent, they start chanting for older wrestlers. I witnessed this during a Cruiserweight match on RAW where two very talented competitors, were giving their all and people were chanting for CM Punk and “Macho Man” Randy Savage. This was not only disrespectful to the people in the ring, it was also plain silly. I mean, the Macho Man has passed away, and CM Punk mind as well be dead in the eyes of WWE management.

This happens quite regularly online where people get all weepy about the Attitude Era, like if somehow they could return to that raunchiness it would be all better. Hmmm. Well, people forget that the Attitude Era was mostly all flash and adolescent level humor with some good wrestling thrown in from time to time. I just remember a lot of it being very groan inducing, even for pro wrestling.

Though, I wish the wrestlers could still bleed. Not just for the sake of it. If you’re going to sell some really brutal hardcore-style matches like Hell In The Hell matches or Extreme Rules, you should be able to use the blood to sell their brutality. That’s about the only thing I miss.

This attitude of being misty eyed for a past that wasn’t even that great, is currently being played out in the lead up to the upcoming match between Brock Lesnar and Goldberg at Survivor Series. For some reason, people want to see this match, which is interesting because about 12 years when these guys first tussled, they put on a terrible match that got them booed by the fans in attendance. But now all of a sudden, people are clamoring for it, like it’s going to be some sort of mat classic.

Do you really think the sequel, with two wrestlers well past their primes, will be any better?
Of course, if it’s terrible, fans will say it should have never have happened, when months earlier they were clamoring for it. This totally makes no sense at all. But I guess you can’t be held accountable for statements you make on the internet. Make up your mind IWC, or continue to make no sense at all, which you are pretty good at doing.

I’m just hoping that people give some of the newer talent an actual chance. There are some pretty damn good wrestlers on the WWE roster (and in NXT, too). But we’ll see.

IT’S NOT ALL BAD
I was once told by a friend that I was the only person he knew who talked about Lucha Underground. Well, maybe more people should talk about it. The show is in its third season, and is still in my opinion, the best wrestling on television. They have a deep roster of talent, constantly put on great matches, and have one of the best heel “owners” in Dario Cueto. This year they’ve added some quality indie workers to their roster, and I’m looking for another big finish in the form of their annual Ultima Lucha show at the end of the season. Hopefully this won’t be the last season. There needs to be quality alternatives to WWE. 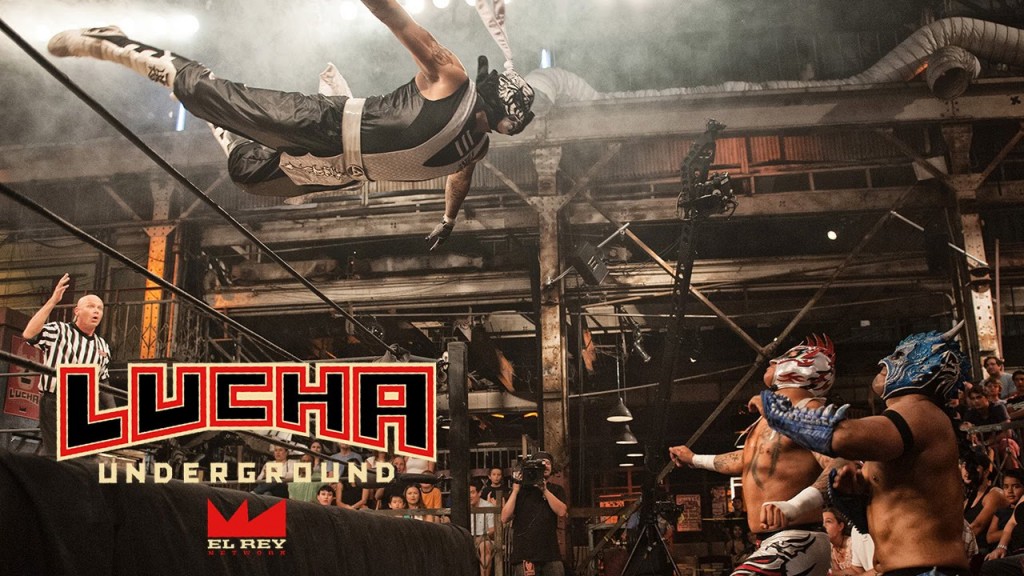 DELETE DELETE DELETE
Speaking of alternatives, Matt Hardy has set the wrestling world talking with his “Broken Matt” character and a series of over the top matches such as the Final Deletion and The Great War. Are these really wrestling? Don’t know. They’re more like mini-movies with some wrestling thrown in for good measure. Whatever you call it, they are very entertaining.  You also have to give credit to Hardy for keeping kayfabe alive these day, by never breaking the “Broken Matt” persona, even on his twitter account, which people tell me is quite entertaining. I’m not on twitter much, because I’m old and forget I have it.

ADIOS TNA?
The news swirling around TNA hasn’t been very good. Here’s hoping they find a way to stay in business. There needs to be more places where wrestlers can work, plus, you can say they actually had a pretty good run until they let Hogan and Bischoff take over a few years ago. We all know what those two can do to a wrestling company. Time will tell.

That’s it for now, hopefully I won’t take so much time between this column and the next one.