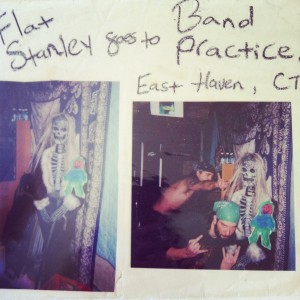 A week or two ago, Metal Cyndicate released a podcast (Episode 15: AlcoholiCAST) that caused a furor in the local metal community.  On-air guest Matt “Rape Machine” Broderick ruffled feathers by listing his least favorite Connecticut bands.  Seems like the fastest way to make yourself unpopular, but someone who calls himself Rape Machine clearly isn’t concerned about that.  What really ruffled my feathers, though, was his assertion that people don’t like his nickname because metal fans have become “a bunch of fucking pussies.”  He went on to say that the “exclusivity of metal […] weeded out some of the fucking cunts, but now every bleeding vagina likes some extreme metal band…”

I could going on for paragraphs about why it’s asinine for an adult man to call himself Rape Machine.  (The “joke” argument?  Completely invalid.  I may laugh at “Ain’t Nobody Got Time for That” memes, but that doesn’t mean I should go around calling myself Jessie N***** Lyncher May…) So lest anyone think this guy and his misogynistic nickname are representative of most guys in our scene, I’d like to share some of my positive experiences as a female musician.

Read the rest at Metal Cyndicate!