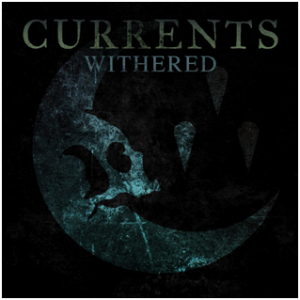 It takes less than 5 seconds of listening for PTSD-inspired memories of every aggressive metal pit I’ve ever been in to summon into my thoughts; Currents‘ new song “Withered” has riffs hit hard, and its production hits even harder. The track, as of this review, has nearly 42,000 listens on YouTube, and is catchy enough to stay in your mind, but heavy enough to mosh to.

“Withered” plays with the listener’s expectations through a juxtaposition of tightness achieved through guitar choke and matched drums with the openness of palm-muted ringouts, leaving one with enough theming for the song to feel fresh, yet continuous. When the full band hits at 9 seconds in, they’re in your face, and the playful upbeat rhythms are full of heaviness and groove; by 25 seconds, the mood shifts and enters into a new type of section from the band—guitar drops out, clean vocals enter, and the drums and bass act as a palate that vocal melodies can work with. When this section enters again at 1:23 with guitar rhythms, and a constant chord-based top layer, it exemplifies the “fresh, yet continuous” musical themes.

For any modern “core” based genre, production is the name of the game, and the sound-sphere is full on this track; between the mixing/mastering of the track and the actual content of the song, wearing headphones to this is an experience. By keeping the guitars panned hard left and right, melodies over guitar chug patterns – like from 1:29 – 1:37 – are able to fill the spectrum of listener’s ears. Ambience and sense of place are achieved at 2:19 by having clean guitar enter (which isn’t a standard, cliché reverbed tone – rather, it feels like the strings are being plucked, which is an unexpected but fitting sound) and the vocals sit lower in the mix than they had before.

While I love listening to “Withered,” it can get repetitive fast; as a fan of technicality with a simple presentation and more linear song structures that work by building upon ideas via reintroduction rather than changing riffs, I know I can keep coming back to this song. For others – especially those who are new to the band – I don’t feel that the single is the best introduction to their work, as it represents a progression from Life//Lost, but doesn’t seem as developed as whatever the band may be working on now. For those who aren’t into more recent iterations of metal, the song may be written off quickly as “cliché”; I would disagree and argue that its elements take a stereotype and make it done in the style of Currents, not Currents in the style of “insert your genre name here.”

I look forward to seeing where Currents goes from here. If you’re looking for a song to groove to that has enough variety to keep your attention but to not experiment too much from a common theme, “Withered” should be the next track on your playlist. – 4/5

See Currents perform with Within the Ruins at the dates below: 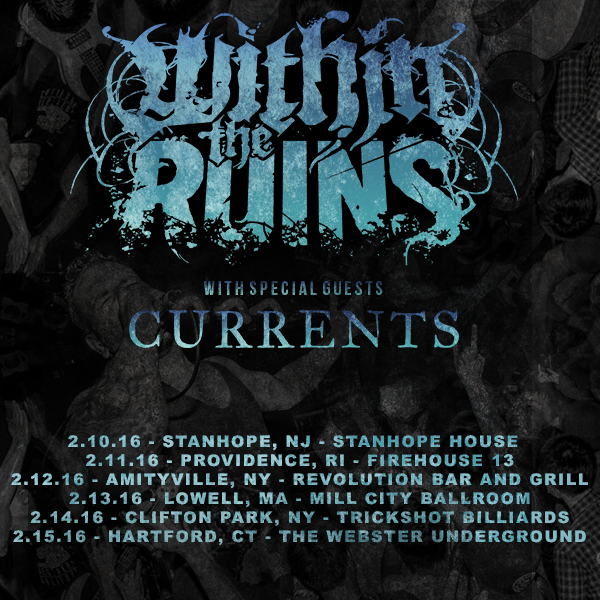