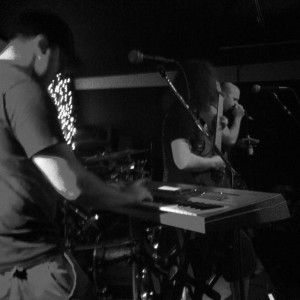 We'll take some wings with those keyboards... Lyra performing at Seaside Tavern on 9/8.

One thing Stamford musicians never have to worry about is finding a place to play – or getting some good grub before the gig.  Last month, you read about Fiddler’s Green; this month, we’re featuring another staple of Stamford’s music scene, Seaside Tavern.  (Not that Alternative Control is biased or anything… *cough*)

This Cove Road bar has a long history.  Known as Jimmy’s Seaside for twenty-four years, it changed hands and names in 2007.  There are three separate sections, so patrons can watch the bands in the back, play pool in the side room, or escape to the front for a quieter meal.  Seaside is known for its great selection of bar food: according to local bassist Johnny Pluckman, it has “more types of sliders than I’ve ever seen anywhere, more wing sauces than Buffalo Wild Wings, great specials, a great filet…” His Lyra bandmates agree that the food is great – vocalist Ryan Bair describes Seaside’s chicken cordon bleu bites as, “the bomb, yo” and guitarist Mike Devaney says they have the best wings in Stamford. 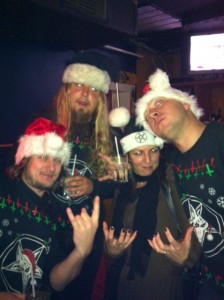 But it’s not just about the wings and sliders; Seaside is also known for friendly booking practices.  “That’s the biggest reason why I like them,” Pluckman said.  “The people that own it and work there have always been very nice to us and very accommodating.”  One night Seaside might feature 90s cover bands and the next night will be one of Pluckman’s mixed-genre rock and metal shows.  Then the following weekend, they’ll bring in a nationally touring alt-country act.  (FILTHY STILL, FILTHY STILL, OMG!)  The bands leave with plenty of door money — and often a bar tab that seems a lot smaller than it should be.

It would be hard to find a musician or local music fan in Stamford who hasn’t enjoyed a night at Seaside Tavern.  And since it’s only a short cab ride from the train station, Seaside is definitely worth the trip for out of town folks.  See you at the next show… We’ll talk over a plate of chicken cordon bleu bites! 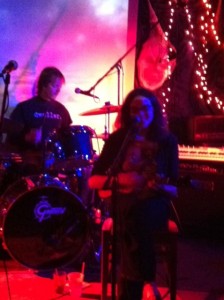 The Ukelele Lady rocks Seaside on 11/21, with a little help from Martin Stroh.