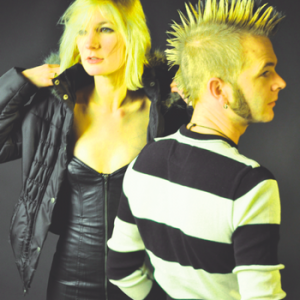 In a zine that features bands with names like “Murder Castle” and “Barn Burner,” we don’t often get into the electronic pop scene – but thanks to a reader recommendation, we’re taking a listen to New Haven brother-sister duo Mission 0.  Their first full length album, Bruises on the Map, has been called smart, edgy, and “worth checking out.”  But what the heck does “electronic pop” sound like?

I don’t know if Mission 0 is representative of the genre, but their tracks are at once catchy and sparse.  Vocalist and female half Chenot Keith has a full voice with just enough grit behind it.  She and her brother, percussionist and producer David Keith, create tracks that tastefully combine acoustic instruments like guitar, piano, and djembe with electronic effects.

Many tracks from Bruises on the Map are slower than the bad dance songs I listen to on Hot 92.3, so Mission 0 doesn’t really fit into the “in da club” category of electronic music.  (Which is a good thing.) “Unlove,” though, is reminiscent of a fun Madonna song from the “Like a Virgin” days.  Featured single “Disappear” sounds like it should be in the opening credits of a movie, and the stompy riff on closing track “Heavy Boots” makes it perfect for the epic-car-ride scene.  Mission 0 could seriously become one of my guilty pleasures…

You can listen to Mission 0 on Facebook, iTunes, Bandcamp, Youtube, and ReverbNation.  They also have some shows coming up in the area:

Do you want to tell us what to write about?  Like Alternative Control on Facebook for your chance to choose the topic!  Two more lucky ‘likes’ between 151 and 200 will be winners…