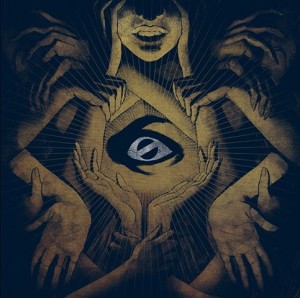 Misery Signals is a stand-out band for me, and a bit of an enigma in my music collection. I really don’t find myself listening to their brand of metal that much, but I have a special appreciation for what they do. Let’s face it, the metalcore sound has been beat to death, with most of the bands tied to the genre practically denying its existence in order to save their relevance in the metal scene. Misery Signals has a more practical reason to separate themselves from metalcore than just attempting to save their reputation. The band’s sound truly transcends the subgenre they helped to create, making their music difficult to tag. Their new album Absent Light continues this trend, and stands as yet another strong and distinctive document in the band’s catalog.

Misery Signals has two incredible strengths: melody and emotion. The band has a knack for creating an almost cinematic and highly dramatic atmosphere. The riffs on this album twist, swing, swell and contort in emotionally gripping fashion, as if you were watching a hybrid thriller/romance film. There’s a tremendous amount of energy and violence in the heavier aspects of their sound, but there’s also an equal sort of theatrical anxiety that deepens the effect that these songs have on the listener. This dynamic between destructive power and sentimentality creates a turbulent but effective relationship of extremity and melodicism that makes me feel that I’m listening to much more than just a metalcore album – I’m listening to the soundtrack of some great romantic injustice tied to an apocalyptic storyline. Make no mistake, this is far from campy and sappy emo music, this is pure and raw emotion expressed through aggressive and practiced heavy metal composition.

The production here is excellent, the musicianship is top notch, and there’s just a great overall sense of adventure throughout the whole work. Every tense crescendo and every enraged breakdown blooms or falls in unexpected fashion, leaving me in constant anticipation of the band’s next move. Light and mellow interludes that are spread throughout offer up little tender hearted respites from the passionate and hostile bulk of this music, like a tiny tear that appears during a broken-hearted person’s confessional outbursts. The dynamics needed to keep the music multifaceted, the melodicism required to keep this from being too boringly tough, and a progressive approach to musical structure that’s essential to pretty much any metallic hardcore album that want’s to assure its longevity in a metal fan’s playlist are all in full form here. Absent Light is a sure win. 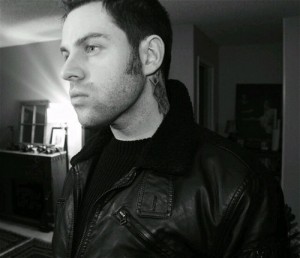 I recently had the pleasure in interviewing guitarist Greg Thomas about the band and their new album Absent Light:

There’s no doubt you guys are innovators in the metalcore genre. How do you feel now about the genre you helped to create? Do you feel it’s progressed or stagnated? Is the metalcore tag an annoyance?

The term ‘metalcore’ itself tends to leave a bad taste because of how diluted and watered down it has grown over the years. When hardcore bands like the Cro Mags first started to incorporate metal influence it was an exciting time in underground music. Then in the 1990s you had bands like Earth Crisis, Integrity and Shai Hulud push it one step further by developing the subgenre hybrid category into a thing of its own. Some time around the mid 2000s though bands of the style began to break into more of a mainstream direction and that is when I feel ‘metalcore’ started to shift into being a product. You’d have labels bloating young bands with huge budgets, agents, press and publicity just to see what they could market. In that, as it is with most musical movements, the passion and drive to create thought out boundary pushing music began to fade and give way to the drive for sustainable profit. There are still plenty of genuine bands today, but people have to dig deeper to try and find them amidst the over saturated market.

The term itself is accurate for us, despite whatever connotations it may carry, but we hope that people judge our music based on its own merits rather than whatever preconceived notion the tag carries with it. We don’t aim to write ‘metalcore’ songs, we just aim to write passionate and challenging aggressive music.

The album has a lot of vibrancy, energy and stamina. It seems like you guys were itching to get back together after your hiatus. Was there ever any doubt of the band reuniting?

There was a brief moment when the future of the band seemed uncertain, but quickly we realized that it was too important a part of our lives to give up on. We then sought out the right members to complete the fractured line up, people who would bring a level of enthusiasm and drive to the fold that could match ours, and immediately began planning out this record once we were whole again. In many ways it almost feels like a second debut album with the hiatus and the addition of fresh blood. That revitalization is what we aimed for because we knew it was critical to come back out of the gates swinging.

We definitely draw a lot of influence outside of the metal and hardcore realm. In constructing the record, we aimed to craft an entire ‘album’ experience rather than just a disconnected collection of songs. We set our sights on a very specific pace and flow for Absent Light, taking cues from bands like Radiohead, Nine Inch Nails and even Pink Floyd.

Another huge influence on this record, which I think is very tangible in the music itself, are cinematic film scores. Not just in the use of orchestral strings but also in taking layered themes through a shifting linear structure so that each song, no matter how dense with parts, still felt like a single song or listening experience.

Your new album Absent Light was funded in large part by your fans. Your fans obviously believed you guys would deliver the goods. How much extra pressure did this put on the band?

This definitely added some pressure on us to deliver the album in a timely manner once the process began to take its course, but as far as the quality of the album was concerned… our own particular neurotic self-scrutiny took the reins. We tried to be harder on ourselves than almost anyone and we took the task of writing it very seriously regardless of the budget it received. Thankfully we were afforded the ability to capture the record how we had hoped to and that in itself is a rare thing within a band’s

The album artwork is particularly interesting. Who is the artwork credited to, and can we get some insight on its meaning?

All of the artwork for Absent Light was done by Adam Rosenlund. I’ve seen people claim on the Internet that it has some political connotation or Illuminati connection, but that couldn’t be further from the truth. The artwork was design to represent the bleak feeling of sinking beneath the weight of one’s own personal expectations, failures and regret; to have specifically lost sight of the lights guiding us in life. The eye with its pupil crossed out is a direct representation of that directionless and lightless abandon.

Does the new album have any conceptual, thematic foundation that links the songs together? Explain if you will, some of the lyrical inspiration.

There is a linear conceptual thread throughout the record. As we were discussing with the artwork, the title Absent Light refers to feeling lost without the true north of guiding beacons in our lives that once shone brightly. Ancient travelers sought to map passage by the celestial bodies of light, and in using that metaphor, this album deals with finding yourself adrift and not knowing if you are where you should be. It deals closely with the feeling of regret and the coping with failed personal potential. There is an underlying hope that we can carry on through the adversity though, which builds as the album reaches its conclusion, but the personal struggles are always prevalent.

You guys decided to self-produce this album. What was the motivation behind this decision?

We knew that this would be an important album to us and we wanted to be as hands on as possible. Myself and (fellow guitarist) Ryan Morgan both work as producers and it made a lot of sense for us to take the reins so that we could spend as much time and scrutiny as we wanted to in capturing the record. We wanted it to be our most detailed and thought out album to date and no other environment would have cared as passionately about the importance of that.

Do you guys have a particular story from the road, or any time in your history that you’d be open to share? It can be incredibly silly to incredibly significant or anything in between!

This is just a small story about how things sometimes come back around full circle. I briefly played for the band With Honor whom did a string of shows on the first ever Misery Signals tour. During those shows I let Ryan borrow a delay pedal that would go on to be used for a long time in the band. The delay pedal had been out of commission for a while by the time I joined Misery Signals in 2011, so Ryan eventually returned the favor and got me a delay pedal that I could use in MS. The gesture had been returned and a decade long full circle closed. Just a small anecdote we tell sometimes about how things tend to work out in the end.

Misery Signals has already come through our area on their current tour, but if they have a few more shows if you happen to be in Canada…

Check out Absent Light and let us know what you think!