There may be some far-flung bands performing, but at its core the New England Stoner and Doom Festival is all about…  Wait for it…. New England.  The fest will be held May 15th-17 at Altones in Jewett City, CT with a prefest party May 14th at 33 Golden Street in New London, CT.  Here are the bands that will put the Yankee in your doodle:

Weekend passes for New England Stoner Doom Fest are available here and include free admission to the pre-party on Thursday 5/14.  Friday headliner and final roster announcements coming soon.  Note that there are ZERO ticket fees and free parking for the fest.  Don’t forget to join the Facebook event! 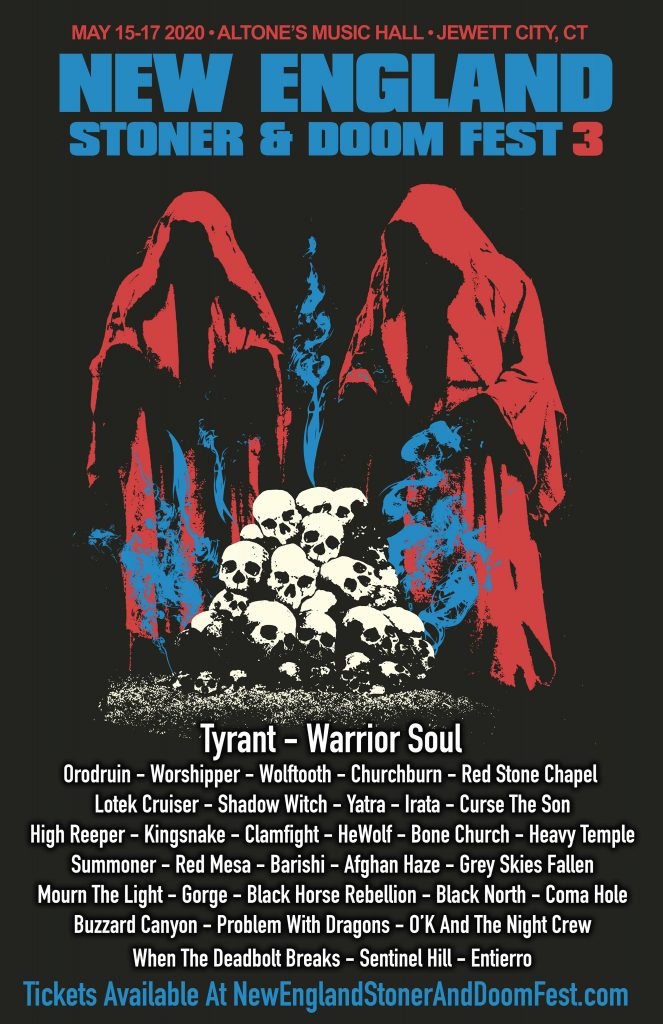