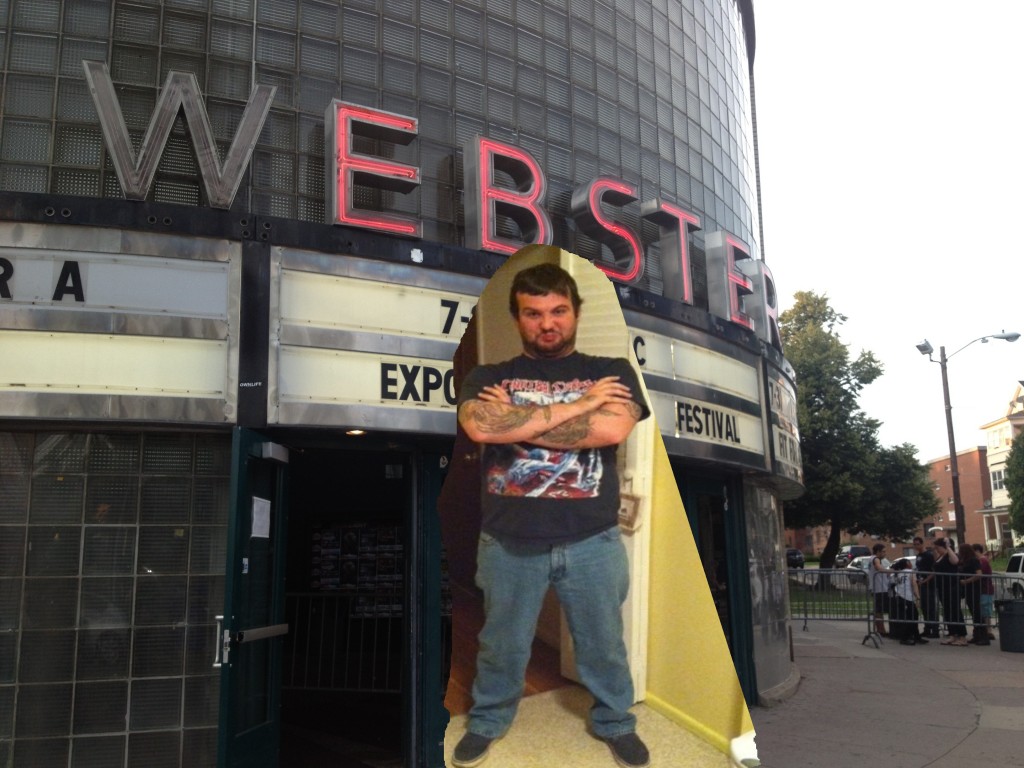 Death Metal Dave, here. It’s been awhile you fuckheads. You know why? Because I’ve been pretty busy with the scene lately. Seems like another local death metal band is born every week around here, and of course I’ve got to be there for every band’s debut! Recently, I came across this new band called Job For The Hartford Police Department that plays exclusively at the Webster in Hartford. Given all the criminal activity that’s been happening there, I thought that was an appropriate name. But you know what? They blew donkey dick. They were a goddamn Gothenburg melodic death metal band. What the fuck is melody doing in death metal? That shit is fucking Iron Maiden with laryngitis as far as I’m concerned. So I guess it’s up to me to get rid of the thievery at the Webster so we don’t have to listen to this god awful band anymore. Here’s a few ways I’m going to do it.

And that’s how you clean up crime at the Webster! If you’re interested in Death Metal Dave security, just give me a ring at my buddy’s house. I’ve been crashing on his couch since I spent all my money at Maryland Deathfest trying to buy a goth girl blow-up doll. They don’t even sell those. Where the fuck is my money?!