From the first time I saw End-Time Illusion, I was struck by their ability to play blisteringly technical riffs yet still maintain a strong groove.  (I was also impressed by bassist Gary Godreau’s amazing hair!)  On June 19 following their set at Toad’s Place for Hatebreed’s 20th anniversary show, I sat down with vocalist Adam Sloan and guitarists Dave Sharpe and Scott Kadish to learn a little more about the band’s songwriting process, their new album Deities at War, and their long history in the Connecticut metal scene.  Here’s what they had to say…

You can see End-Time Illusion perform at the following summer dates: 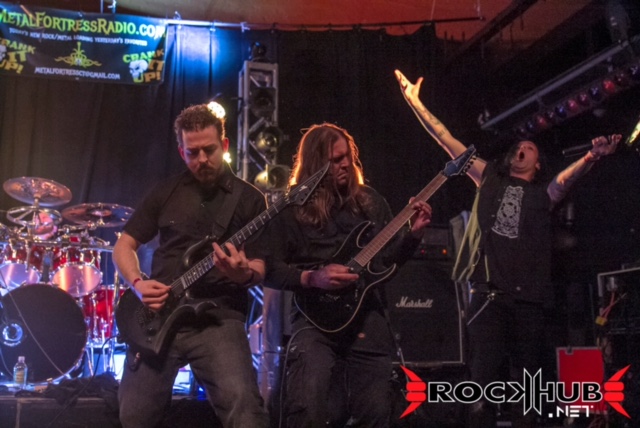 For more from End-Time Illusion, check them out on Facebook.  And don’t worry, we didn’t forget about drummer Yanni Sofiannos — next interview will be with just him and Gary, to learn the musical and hair-styling secrets of ETI’s rhythm section!