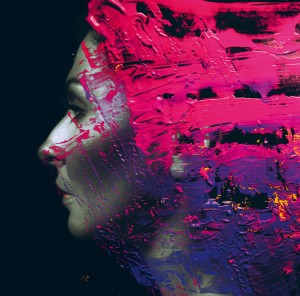 Steven Wilson is responsible for many of my favorite records. When push comes to shove, he’s one of my top three musical artists. Throughout his career, he’s delved into many different projects. And every one of them has something special to offer. Porcupine Tree’s In Absentia is a modern day Dark Side of the Moon or OK Computer. Ambient project Bass Communion’s Ghosts on Magnetic Tape is one of the most hauntingly beautiful recordings I’ve ever heard. No Man’s Together We’re Stranger is the perfect art rock/jazz album medication for breakup grief. Not to mention that all three of his proper solo releases have been wonderful. But that doesn’t mean he hasn’t had his swing-and-misses. Unfortunately, Hand. Cannot. Erase. is one of them.

This album is a progressive rock spectacular. Prog rock is one of my favorite genres of music. So what’s the problem? It’s boring, really. The album has all of the previous release The Raven that Refused to Sing’s tricks and stylings without any of that album’s conceptual finesse. The Raven’s dreary ghost story concept was endearing. And those maudlin, depressive morals in ghost stories were fully engrained in each track of that album. And every piece of music in that record supported the mood in each ghost story Steven told. Hand is an album about a woman who suddenly disappears without anyone noticing she’s gone. It’s another helping of Steven’s tired obsession over the dehumanization of society because of technological advance. He’s done it once with Porcupine Tree’s Fear of a Blank Planet, and he made the point clear then. I’m not interested the second time around.

But it’s really the safeness of this music that bothers me. He copy-and-pastes a guitar solo here because that’s how progressive rock is written. He drops an awkward transition into a throwaway heavy metal riff because that’ll appease progressive metal fans. He seems to have plagiarized this record from the prog book, without any deviation from the familiar parameters of that genre. Okay, so he throws in an electronic flourish, a trip-hop beat, a banjo line here and there just to try and make things weird. But his attempts at giving this album its own identity aren’t committal, and fall flat from over-saturation of prog rock clichés. And because of his need to follow the book, he sacrifices a lot of the feeling. And in rare moments when he tries to get the emotions stirring, the results are awkward and cringe-worthy. I gave Raven a huge pass because I figured that sort of music would be a one-time thing for him. I loved that record because he had never really written a 1970s progressive rock tribute and it worked wonderfully. I figured this album would be something different. Instead I got a bland sequel.

So what’s to like? Well the production is lush and vibrant as expected. The musicianship is superb as expected. And there’s still a couple of shining moments. The songs “Perfect Life” and “Transience” are highlights simply because they’re the two songs that don’t sound like prog rehashes. The former is a slow, otherworldly spoken word electronic tune that builds into a beautiful crescendo, and the latter is another example of what Steven is best at – haunting and mellow songwriting. If only the rest of the album contained the same quality and uniqueness. But two great tracks and six average tracks don’t make a winning record.

Honestly, for those who are looking for well-played progressive rock with a good amount of power and a contemporary attitude, this might be your cup of tea. But I know Steven is capable of better. I just hope he hasn’t dulled his talents at being strange and unusual to gain popularity. Perhaps he really just wants to write stuff that bands have already accomplished three decades ago. If so, he and Mikeal Akerfeldt from Opeth should make-out more often.