In my years performing under the moniker of Blackthorne as part of CT Black Metal band Theogonia, many a practice session was spent debating who was the true (TRVE) Gorgoroth. For those unfamiliar with the story, the legendary Norwegian band experienced a nasty split from 2007 to 2009. Long story short, vocalist Kristian “Gaahl” Espedal and bassist Tom Cato “King ov Hell” Visnes brought legal proceedings against guitarist Roger “Infernus” Tiegs over who owned the band name and identity. Ultimately, all rights were awarded to Infernus while his former bandmates were forced to rebrand themselves.

Ten years later, a similar situation rises from Central Europe within the ranks of an up-and-coming black metal band called Batushka (pronounced ‘Bat-jush-ka). Hailing from Poland, there has actually been two bands officially recognized as Batushka since December 2018. Following a split between vocalist Bartłomiej “Bart” Krysiuk and guitarist/vocalist Krzysztof “Derph” Drabikowski, both men continue to carry on their work under the same band name with different lineups at their side.

The plot thickened this month with the announcement of Hospodi by Bart’s group, coming in July, and the release of a music video for the song “Midnight” (translated from Russian) on May 15. At the same time, Derph’s camp released an entire album via BandCamp entitled Requiem (official title translated again from Russian) on May 26. While beating Bart to launch date, Derph’s release is independent whereas his counterpart is backed by the mighty Metal Blade Records. Prior to the division, Batushka has thus far only released one album, 2015 debut Litourgiya.

So why should we care about this? Surely there’s no need for TMZ ‘metal edition,’ right? While this may be true, there is something very special about Batushka in all its forms. After discovering the band not long after their split, I found their Graspop 2018 performance available to watch on YouTube. Between the costumes, the props, and the Polish roots, I expected to hear something between Portal and Behemoth with the visuals of Ghost thrown in for good measure.

What I actually experienced was something unexpected and refreshing.

To be inspired by a particular topic, in this case Slavic mysticism and religion, is not necessarily new to the metal world. But Batushka does not just preach or bash these things, they embody it in both mind and body. There are certainly ample blast beats and black metal shrieks, but there are also Gregorian chants that would make a priest shiver in his robes. Imagine going to mass and instead of your usual hymns, you were greeted by an uncanny choir driven by distorted guitars and an atmosphere akin to Opeth. 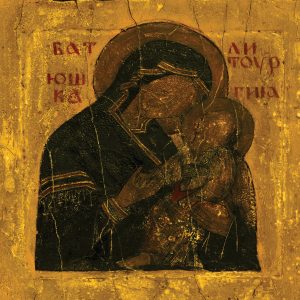 Interestingly, both the single from Bart’s version and the entirety of Derph’s new album do not depart from the groundwork laid by Litourgiya. You would probably even be hard pressed to tell the difference between the two if you didn’t have the answers in front of you. Perhaps the only noticeable difference is that Bart’s presentation is more smoothly mixed while Derph and company retain a slightly more raw sound as heard on the debut.

As of this writing, there is no news on if both bands will be allowed to retain the same band name. As with Gorgoroth, fans are already divided over who is “the real” Batushka. My guess is that Metal Blade may not care to share the name with anyone else for too long, leading to the question of how Derph will respond if any actions are taken against him. Perhaps he can go the route of bands such as Entombed A.D. and Venom Inc. by renaming his project a bit to provide some differentiation. Maybe the two sides will do what Gorgoroth could not and come to an agreement someday down the line. Either way, Batushka is truly a force to behold, no matter who is behind the wheel.

Editor’s Note: I put their old album as the thumbnail pic because I don’t know who is the real Slim Shady. — Jessie