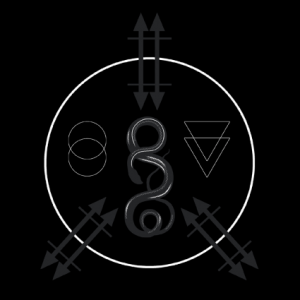 It’s easy for a metal band to sound evil. But it takes more than just a couple Flying Vs and encyclopedic knowledge of mythological monsters and medical terms to really put something out there that transcends the typical evil metal arts. And sounding evil in a creative way doesn’t have to include an A grade in musical theory either. Sometimes simplicity and a sensibility for continuity – the album as a single piece of art – can make a lasting impression. Midwestern band Wolvhammer has done just that with their upcoming album, Clawing Into Black Sun.

This release is promoted as being “quite the killing machine,” but it’s actually quite melodic and approachable, at least as far as extreme metal goes. Their method is almost like post-rock at times, with patience yielding the best rewards for the listener. Most of the tracks trod along at a mid tempo march, pulling you along a slow downward path towards an ethereal darkness. A drenching ambiance of distortion highlights atmospheric black metal riffs with a touch of doom and fear.

The record sets out to create a certain nihilistic mood, and it delivers. The barebones songwriting displays a rebellious nature against the progressive leanings of this album’s sound. It’s almost like the band wants to prove the point that true evil music doesn’t need to go out of its way to impress the listener with profound and complex showmanship. Evil music doesn’t need to prove itself, it just is. The riffs are simplistic yet effective. The pace is deliberate but consistent. The notes are spacious and epic, and in the case of “A Light That Doesn’t Yield,” even achingly beautiful. Beauty in evil isn’t an oxymoron. Music enriched with so much power and anger is at the very least, magnificent. And isn’t magnificence a form of beauty? 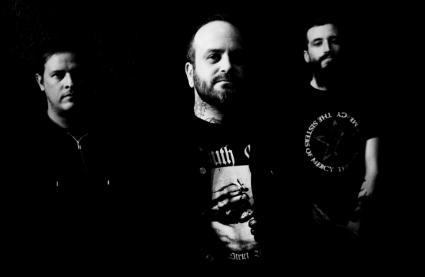 I’m not certain if the record is supposed to be conceptual, but I feel like there’s a narrative strung through these tracks. Tension and scope build as the album plods on, hinting at either a full-fledged character story as one journeys into the abyss, or perhaps the acquired knowledge of a forbidden sect of black magic. Whatever it is, I feel like I’m perusing the Necronomicon when I listen to this. Each track and each chapter brings me further into an understanding of a dire truth. 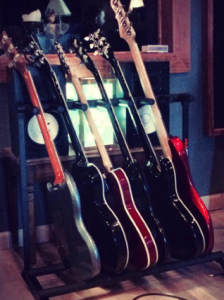 Individual assessment of each band member’s contributions is unnecessary, since all three (yes, three!) members are an equal asset. This wall of sound is split into three equal parts between the vocals, guitar and drums and it’s actually quite amazing what only three people manage to pull off here. The punk rock aesthetic is present only by bandmate attendance and perhaps the grittiness of the riffs. Other than that, this is pure post rock meets black metal. It’s huge, emotional, murky – a cinematic horror. And when the audial movie is over, the listener is left a bit drained from the drama.

I highly recommend Wolvhammer’s Crawling Into Black Sun for anyone who’s looking for something heavy, nocturnal, atmospheric and spellbinding. It’s not going to blow you away with musicianship or dynamics, but what it does it does with absolute certitude. Give it a try if you fancy yourself a patient listener with an appreciation for cerebral, extreme, evil music.

The album will be available July 8th via Profound Lore Records.