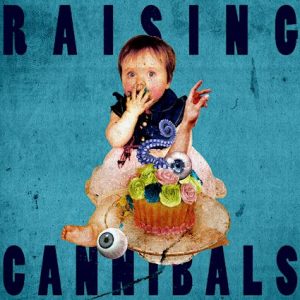 “During the writing and creation of this album, nothing was sober, everything was afternoon, and there was a constant background of live chickens. The entire record was conceived and created in roughly two weeks, so nothing had long enough to be overthought, contrived, or to become stale.”

And after reading that description, I expected the album to be terrible.

However, I was pleasantly surprised to find that Raising Cannibals has some artistic merit — although true to the band’s name, it is strange.  Absurd lyrics, experimental instrumentation, and shifts between many musical genres make an unusual journey for listeners.  Have a gander at lead single “Home Shopping,” which is perhaps not representative of the weirdness contained elsewhere on the album:

Is it David Bowie?  Tom Waits?  The Cure?  Only the chickens know for sure…  For more bizarro anthems, connect with StrangeJuice at the links below.