When one thinks of influences and nuances of black metal, the last thing they would imagine would be incorporating Japanese film scores into the genre — yet that is precisely what Los Angeles musician Sean Yoshioka sets out to do. Starting his project Moon and Azure Shadow in 2012 with a self-titled record, he has spent the past seven years refining his songwriting and just released his latest work, Age of Darkness and Frost. But do the compositions inspired by film soundtracks meld with the rawness of black metal? 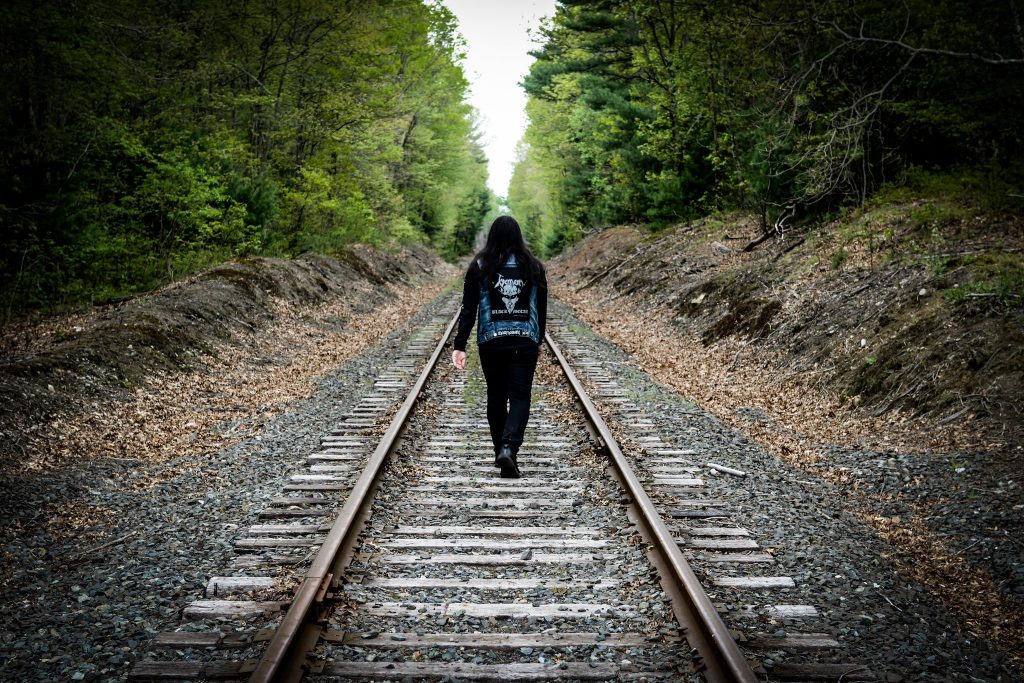 Where did he find all those trees in Los Angeles??

The album is structured with every long main track prefaced by an instrumental composition that sets the tone. The symphonic introductions are well composed and dynamic, with peaks and troughs that keep the listener on their toes. The three main songs are fairly lengthy, the shortest sitting at just under 9 minutes and the longest, “Abyssic Lunar Tower,” clocking at an impressive 17 minutes and 27 seconds.

Despite their lengths, the songs are constructed with care to keep from growing stagnant. The orchestrations are very much at the forefront of the album resulting with the standard metal elements to support them in the background. The raw, straightforward riffing of Darkthrone drives the heavier sections and while it is serviceable, the metal elements tend to stay safe and rarely deviate from the norm.

Overall, the album contains all the right elements but doesn’t quite reach its goal; however with a little bit more tweaking in the songwriting and production aspects, it could be an excellent atmospheric black metal album.