I don’t remember what year or venue it was, but I cannot forget my first and to date only face-to-face encounter with Jarboe when she guested at a Neurosis concert.  She glided to the front of the stage in a sheer witches dress and in an instant stared us into cowering submission with her piercing eyes. What would follow would be important. Formative. Magical.

Of course, it might not really have happened that way. Neuroscience shows that memories really are sometimes “more delightful than the experiences themselves ever could be,” as the novelist Ashim Shanker once put it. The memory is often misleading. Deceptive. Illusory.

And Illusory is Jarboe’s latest solo album. The press release states that she “needs no introduction”; her tenure with the uncompromising and highly influential SWANS and her prolific solo career mean she was long ago accepted as a legendary figure in alternative music. 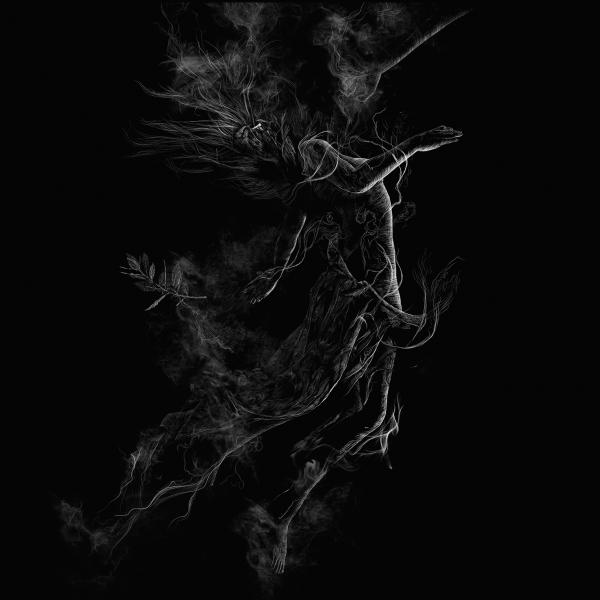 The record itself begins with the title track and a lonesome and dusty repeating synthesizer pattern. The song, like so many of the others here, is indeed deceptive. It sounds straightforward enough – melodic, lulling, hypnotic. But then it catches you off guard and pulls you out of the daze it eased you into. For example, the timing is intentionally a little off-kilter in a way that makes you feel a bit sick. This very subtle jerkiness is incredibly refreshing in an age of static click tracks and “perfect” timing correction.

The whole album takes you through a controlled meditation, with Jarboe and her genuinely haunting and commanding vocals pulling you in and out of the “Arms of Sleep” on a whim. In fact, there are often multiple Jarboes conversing – separately recorded and overlapping vocal tracks colored with very different processing – like past and future ghosts in a dream-dialogue with the present moment. Sometimes they harmonize and sometimes they confront one another. Mysterious repetitive sounds and rhythms – primordial yet synthetic, earthy yet still drifting out into the cosmos – are overlaid with chanting which often doesn’t appear to be in any known language. “Arrival,” with its pulsing synth pad and additive minimalism, welcomes us as we coast off into a trance-like state.

But this dream world is not a utopian fantasy: a subtle dissonance weaves its way through the whole work and unsettles us. “Cathedral” sounds like a hymn competing to be recognized amidst the chaos of everyday life. The hymn wins out, for a while, and we delve deep into ourselves (or the illusory “self”). Once we are down there we also find sorrow and fear as counterpoint to acceptance and hope. But we’ve bought the ticket and we take the ride.

As each song unfolds we gradually find that our senses are sharpened and our emotional sensitivity is heightened. “Flight” feels like just that. It is liberating and strengthening, but the scenery isn’t always serene. The lush but somewhat dissonant harmonies of “Into The Arms of Sleep” eventually caress us into submission, but are we on top of or underneath the steady mellotron waves? “Nourish” is the most conventionally dark-sounding track on the record, with a brooding and driving Phrygian piano riff offset by tense percussion and soft nostalgic mellotrons. Again, the timing of the piano is masterfully out of sync at times. If you’ve ever had to hold it together trying not to be sick on a car journey then you know how this song feels.

By the time the majestic “Man of Hate” closes the album we are so drawn into Jarboe’s – and our own – dream world that a single piano key processed through a delay effect sounds positively demonic as it pierces the calm. Samples of what sound like strangely processed gunshots are a genuine shock to the system when they arrive out of the blue.

Some will find this album too “difficult” and “weird” or, conversely, not “heavy” or “dark” enough. Some of those people might benefit from listening a bit harder if they want to. You won’t be handed cheap hooks, catchy choruses, or pre-packaged heaviness. And you don’t need them. If you are prepared to work a little bit and to give some of yourself and some of your uninterrupted time, Jarboe’s Illusory will in turn give you what you need, even if it’s not always exactly what you think you want. Outstanding.

Illusory will be released by Consouling Sounds on April 17th.  Preorder here.