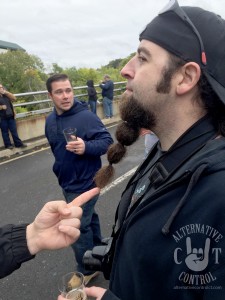 As I sit here drinking one of my coveted Captain’s Daughters I am reminded of the great time I had last weekend at Smoke in the Valley. Put on by the same people as Freedom Fest this past July, this was a similar fest only this time located in Seymour and on a much bigger scale. This past Friday was the “kick off” party featuring live music, food trucks and port-o-potties, but the main event was on Saturday with a large spread of breweries, including a huge home brewing presence, and more live music, food trucks and port-o-potties.

After meeting with some of the home brewers at Freedom Fest it was recommended to me that I attend this fest in particular. I can say hands down the home brew tents were my favorite stops of the day, and my favorite beers of the day were all found there too. And I wasn’t alone, 2 of my favorites placed in the top 3! Nothing Sacred Brewing’s Awesomesauce American IPA took first in both the judge and fan vote, and rightly so, think Grapefruit Sculpin but even better. Second place for the judge vote went to Fermentation Faction’s Toasted Pumpkin Brau, which I did not get to taste, and the second place fan vote went to  Krausen Commandos, which I also don’t think I got to taste. The third place judge vote went to Greg Radawich for his Coffee Porter (sorry I’m not a porter guy) and the third place fan vote went to Steiny’s Brewing, who sported both a spicy pepper ale called Last Cup of Sorrow and a delicious IPA called Given to Fly. Great people and brews alike, and I hope to see some of these beers take off locally in the near future.

Any good beer reporter knows a picture is worth a thousand words, and it is therefore much more efficient to take pictures than take notes. Below are some highlights from the fest, including my favorite homebrew(er)s. Or click here to see the full gallery on Facebook. 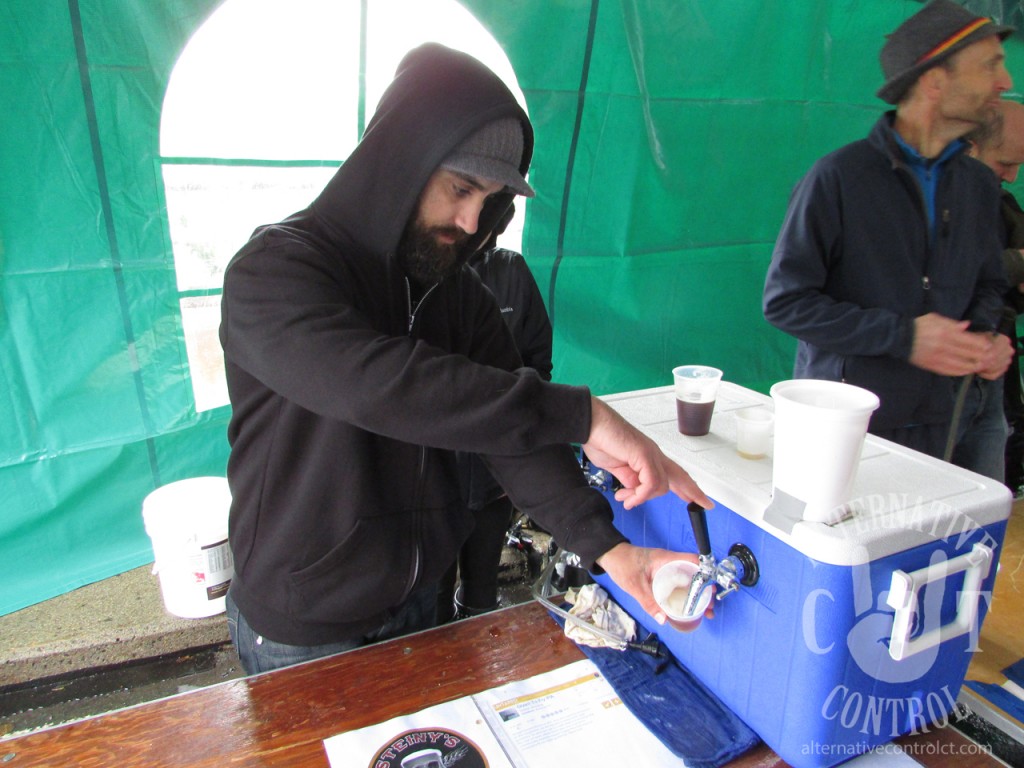 Bill Steinbacher of Steiny’s Brewing, who took 3rd place in the fan vote, pours his Given to Fly IPA 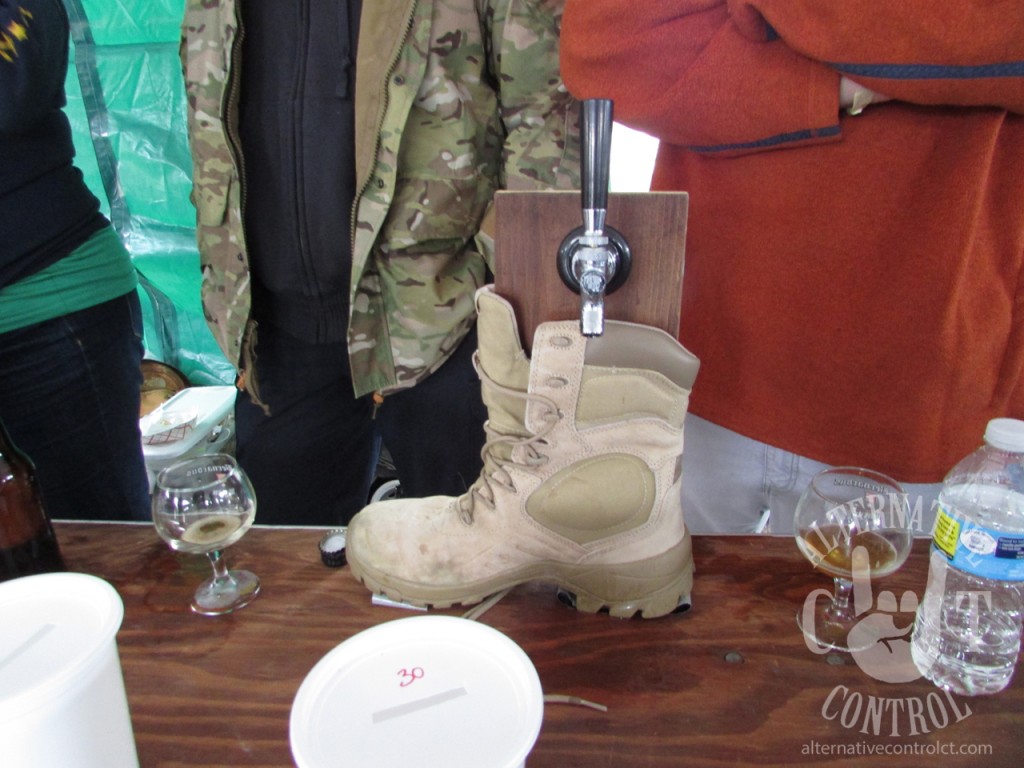 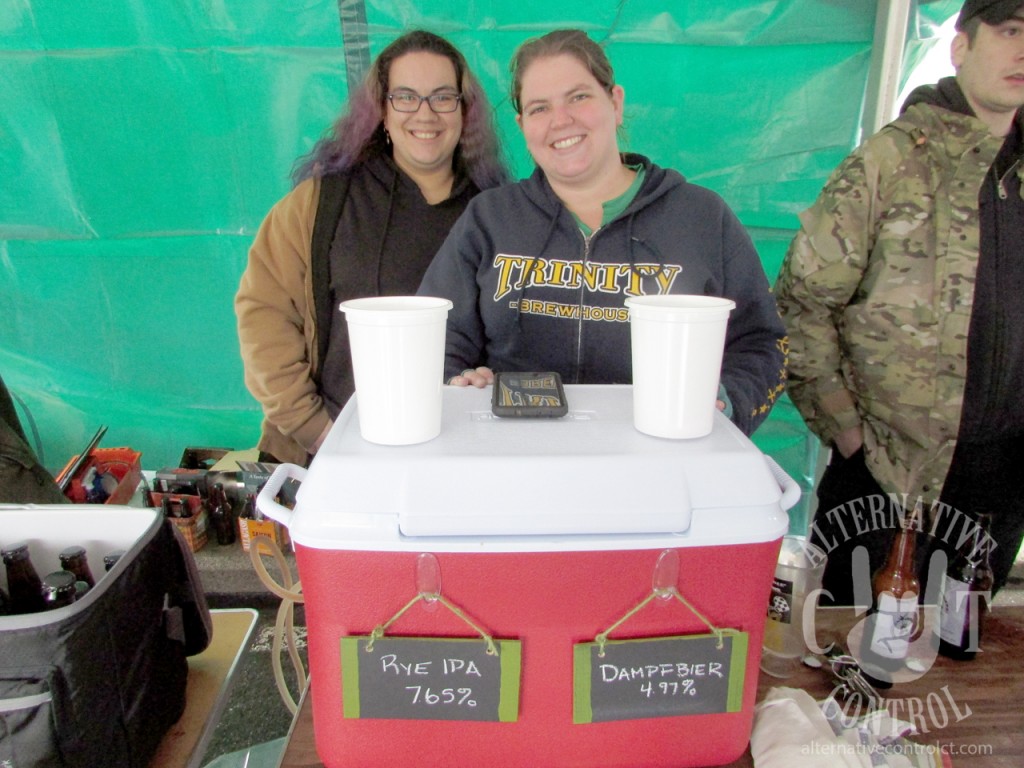 This Rye IPA was tasty too 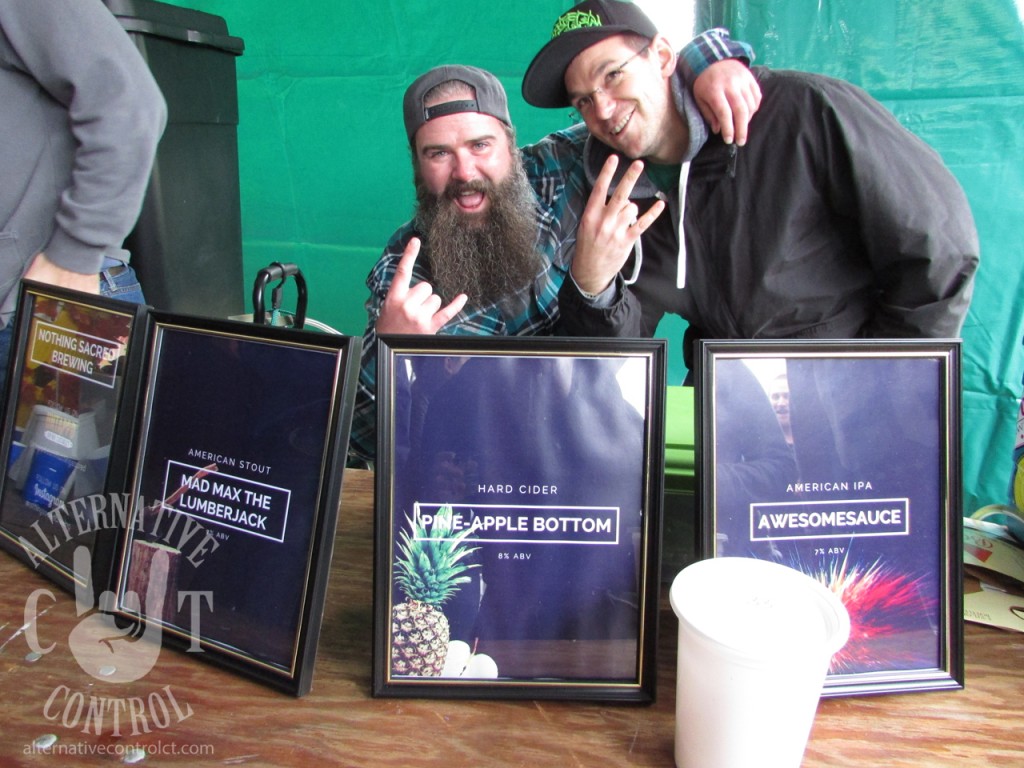 Nothing Sacred… showing you exactly that! 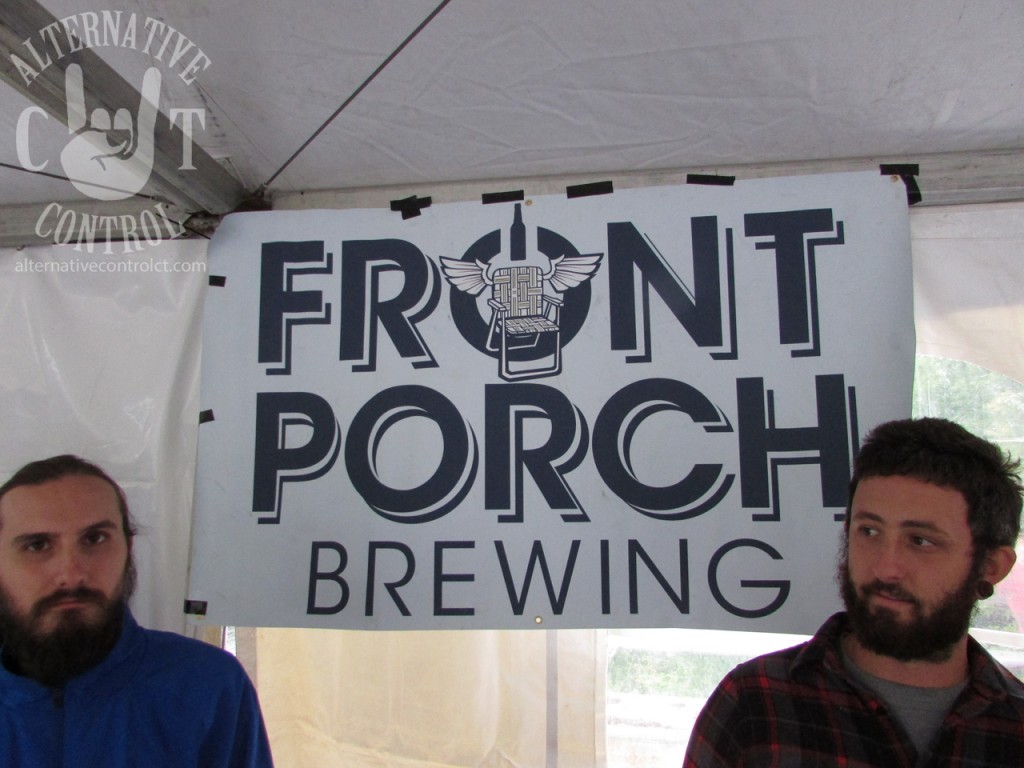 Another one of my favorite local brews – a kiwi sour from Front Porch Brewing. Fantastic! 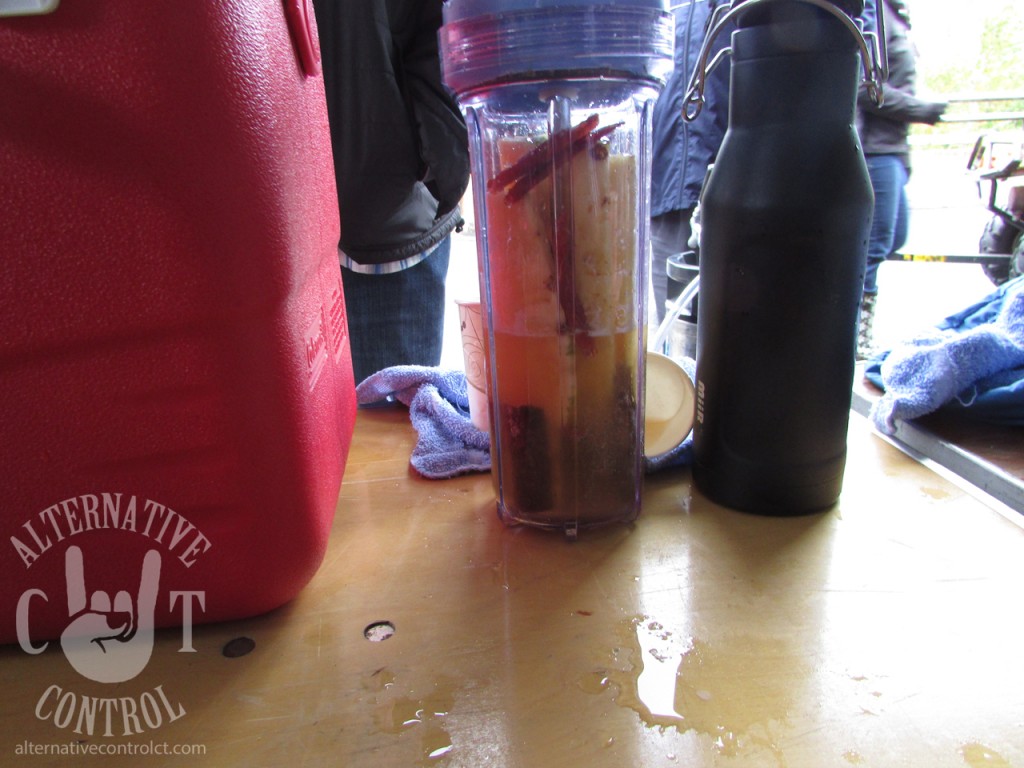 This was a cider that contained pineapple, toasted coconut, piloncillo, cinnamon and chilis d’Arbol. Very interesting. 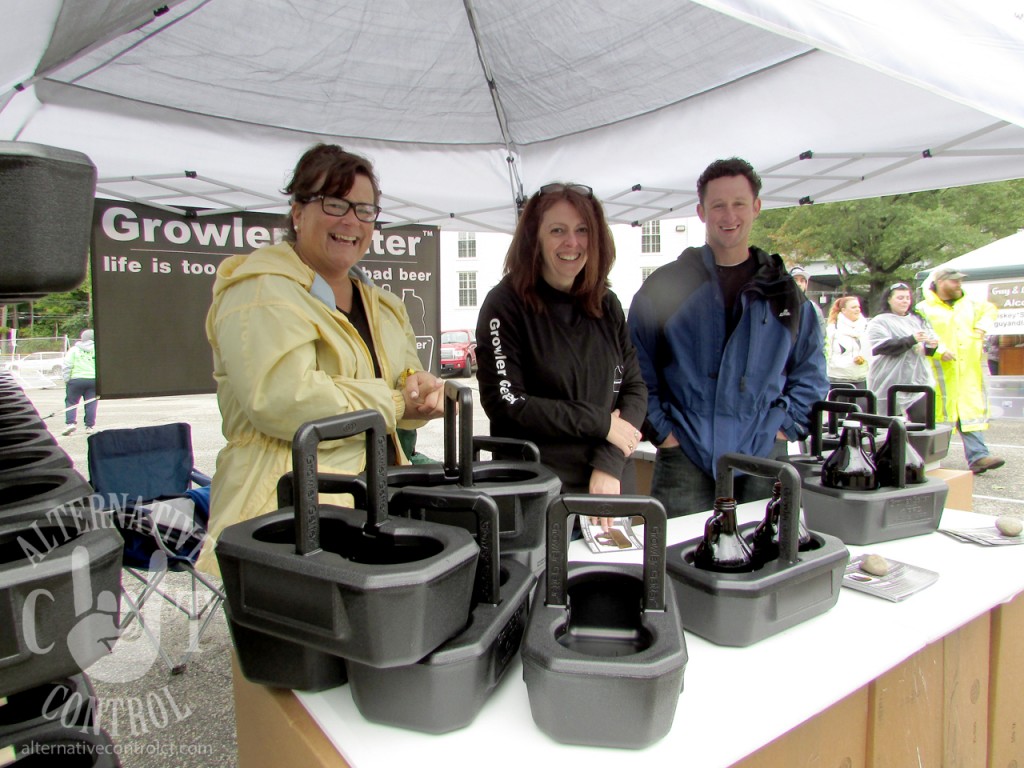 Here’s an idea – The Growler Getter which can hold up to 2-64oz growlers with an ice pack wedged between them. 32oz version coming soon. 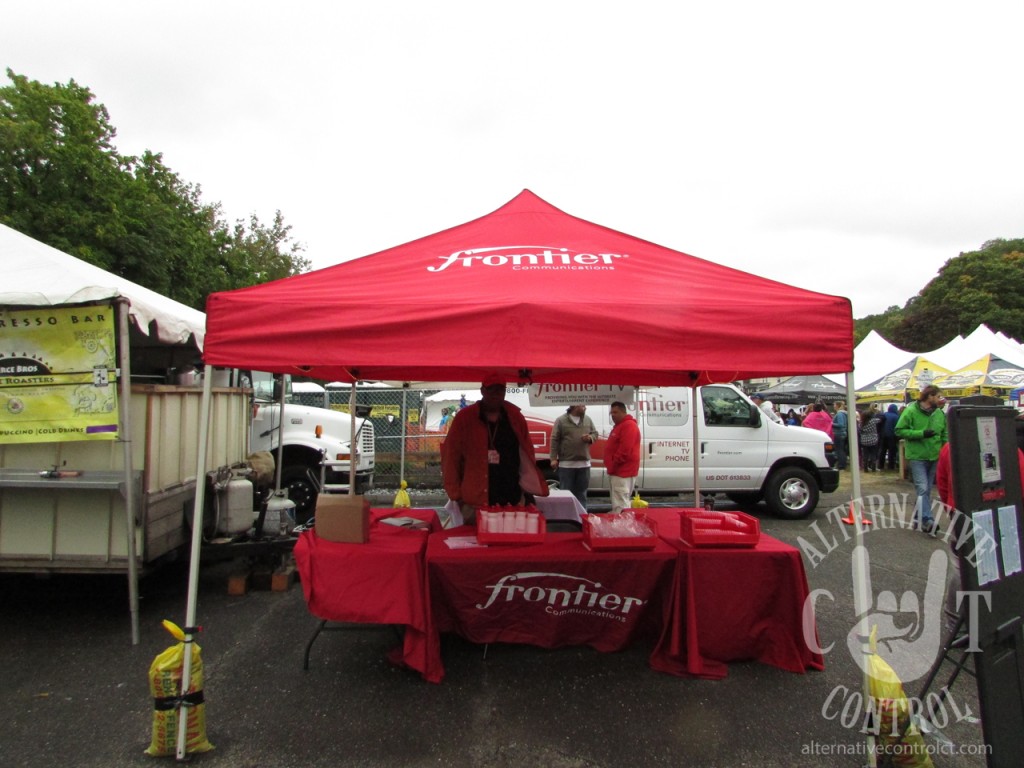 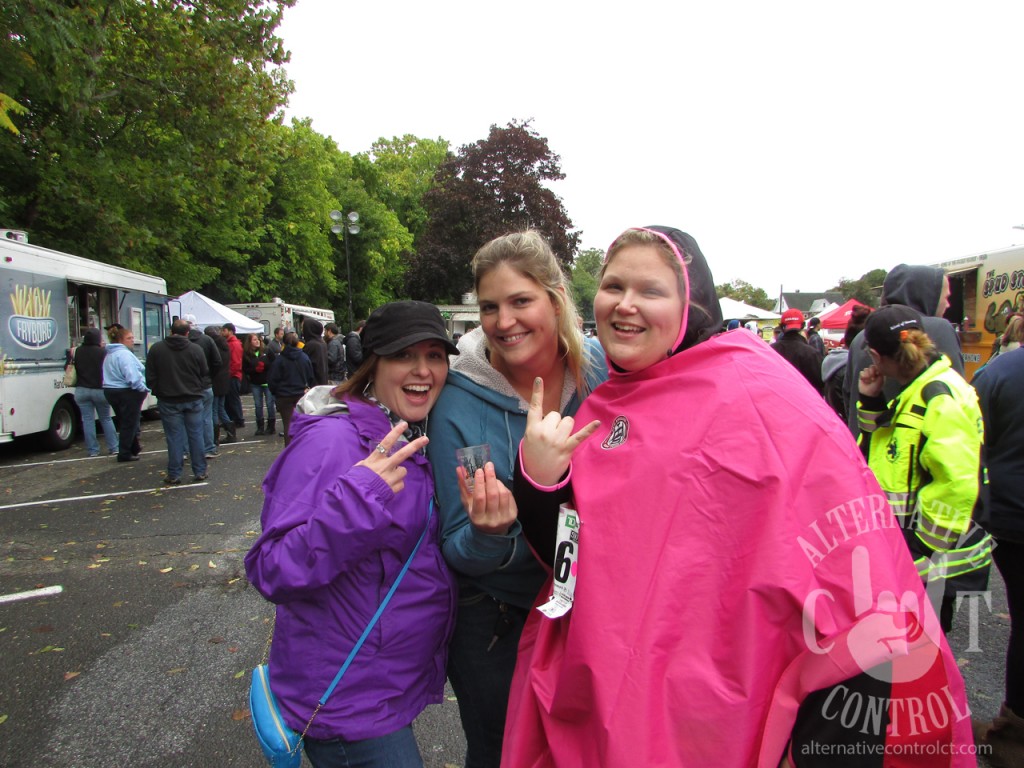 These girls thought I “pretended” to take their photo, they were wrong 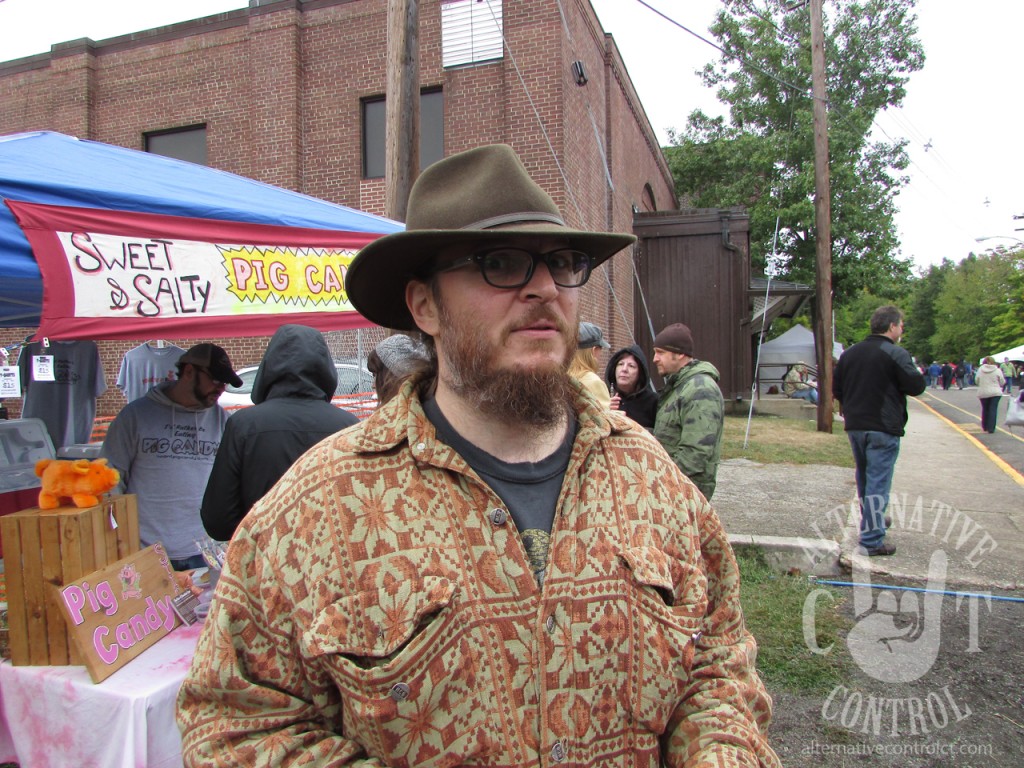 You never know who you’ll run into 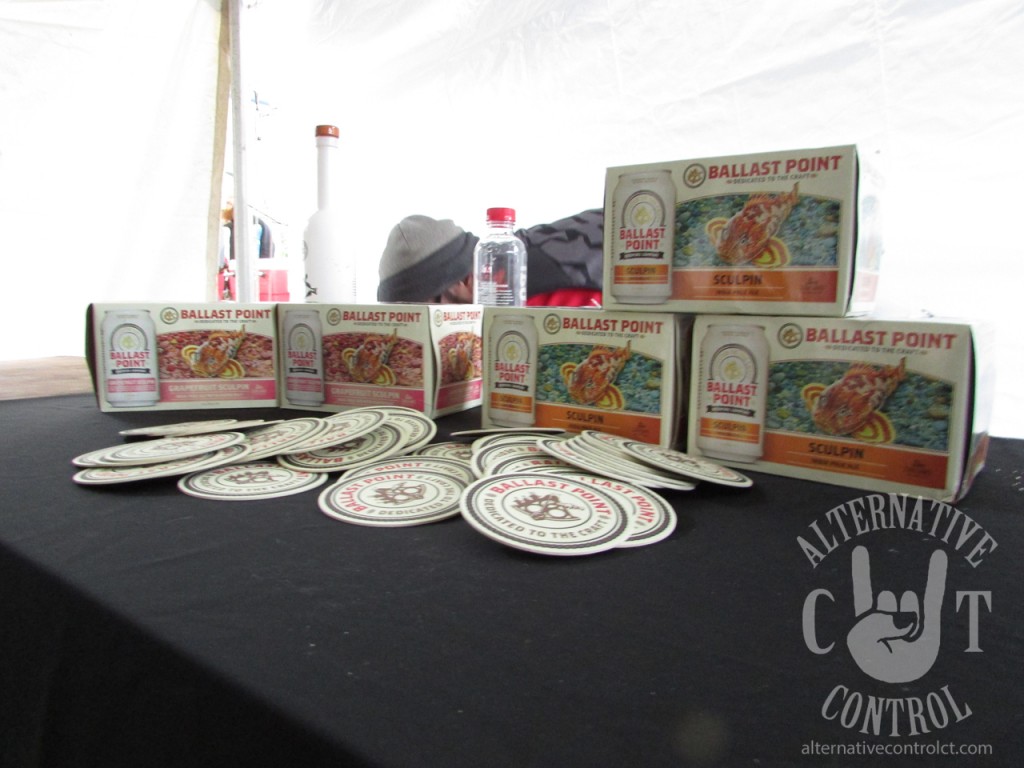 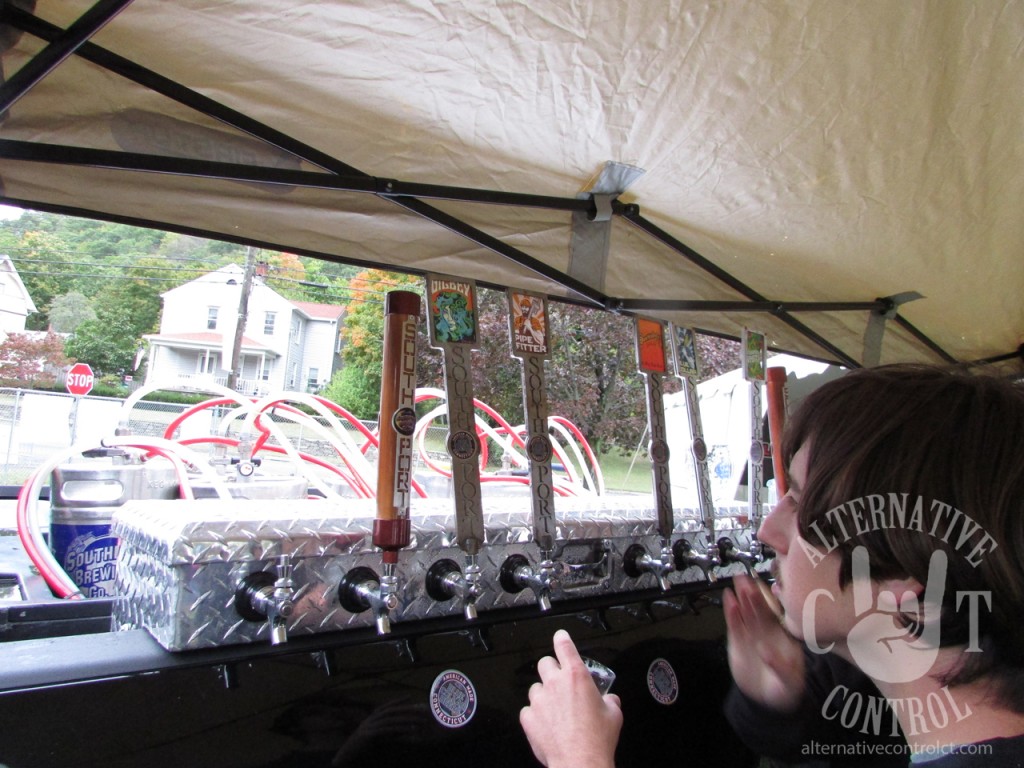 SBC had a serve yourself station, I see this taking off… 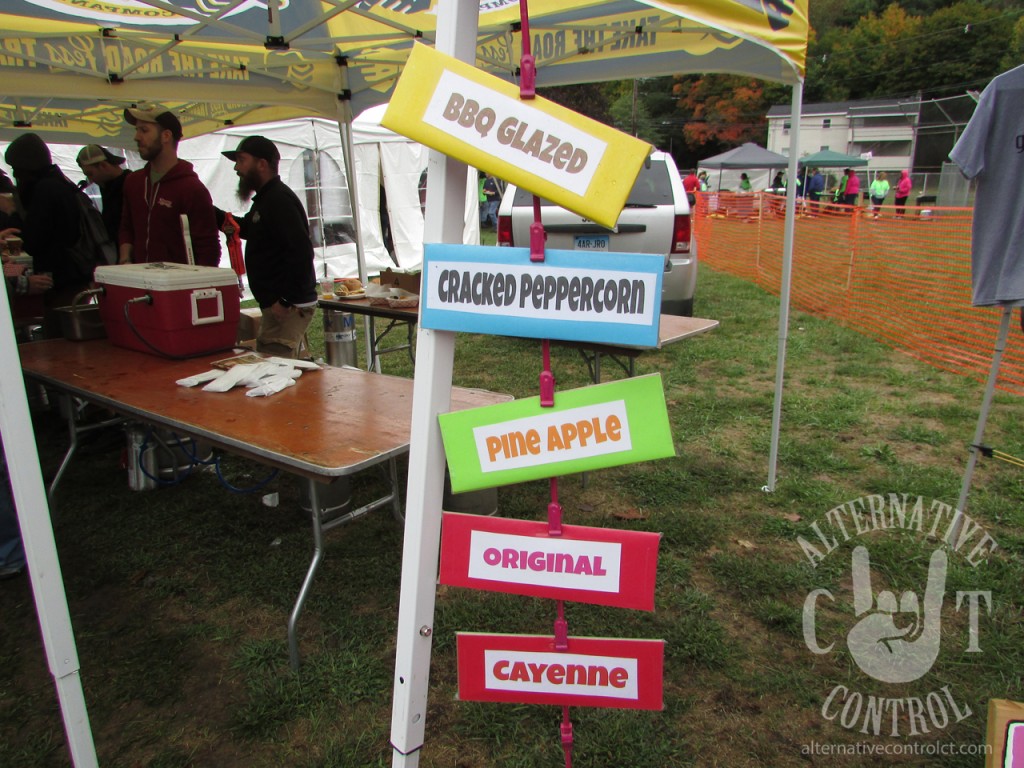 Pig Candy comes in a variety of delicious flavors 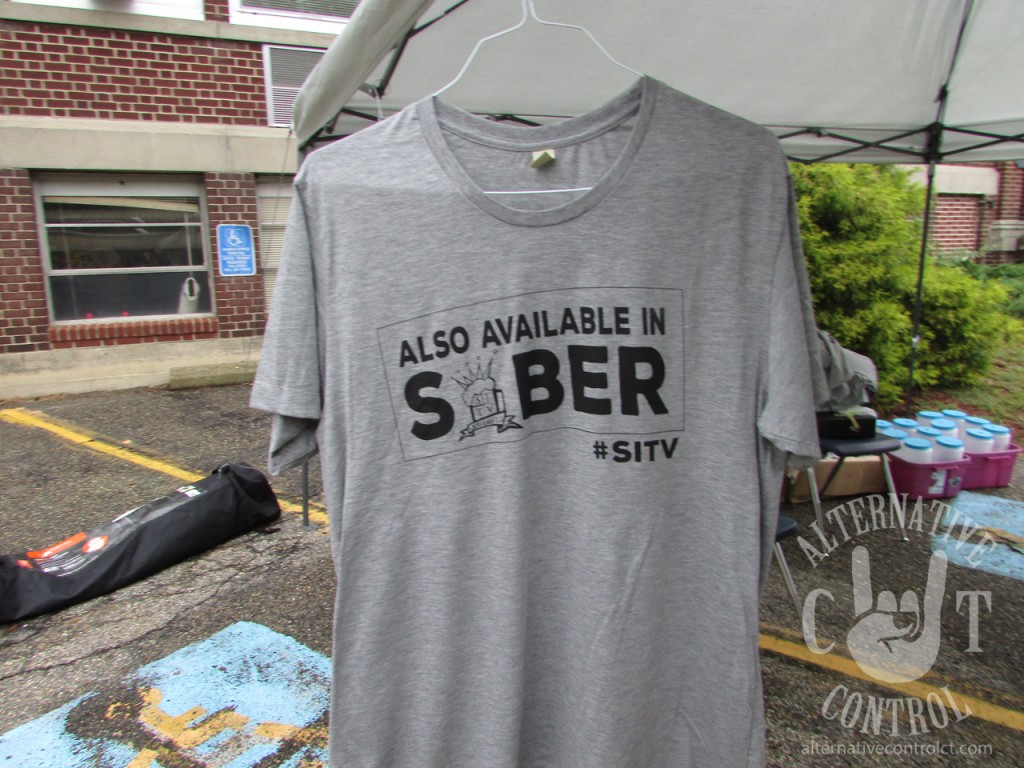 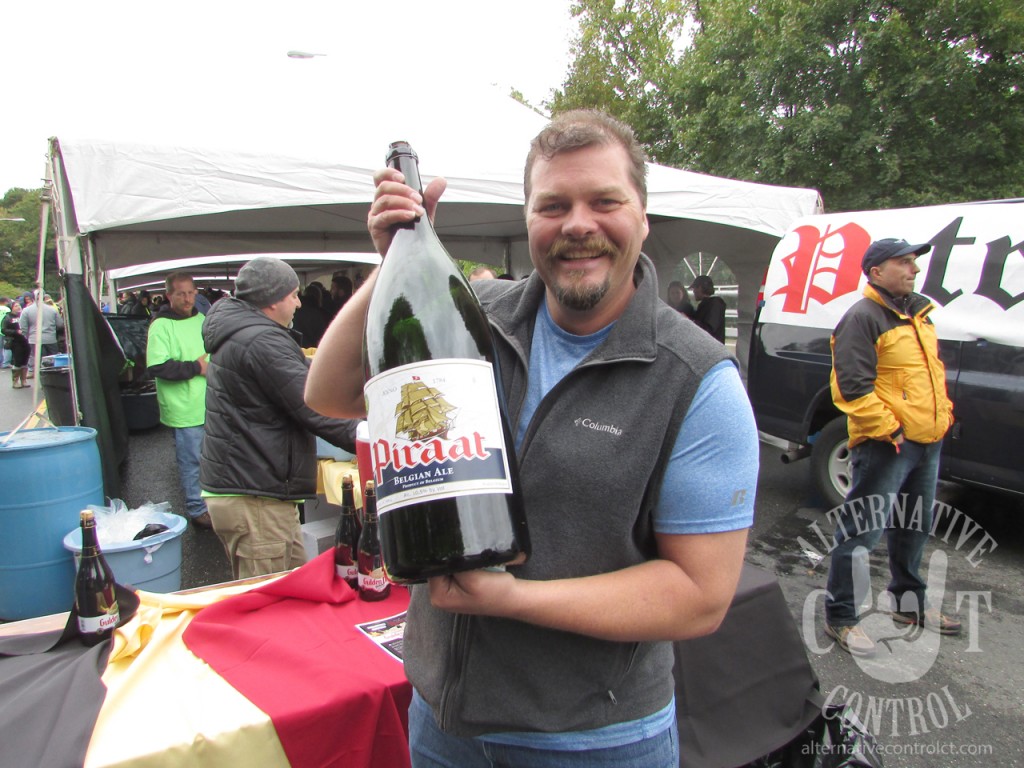 Beer Chef Jeff and his Piraat guarding the Belgian tent 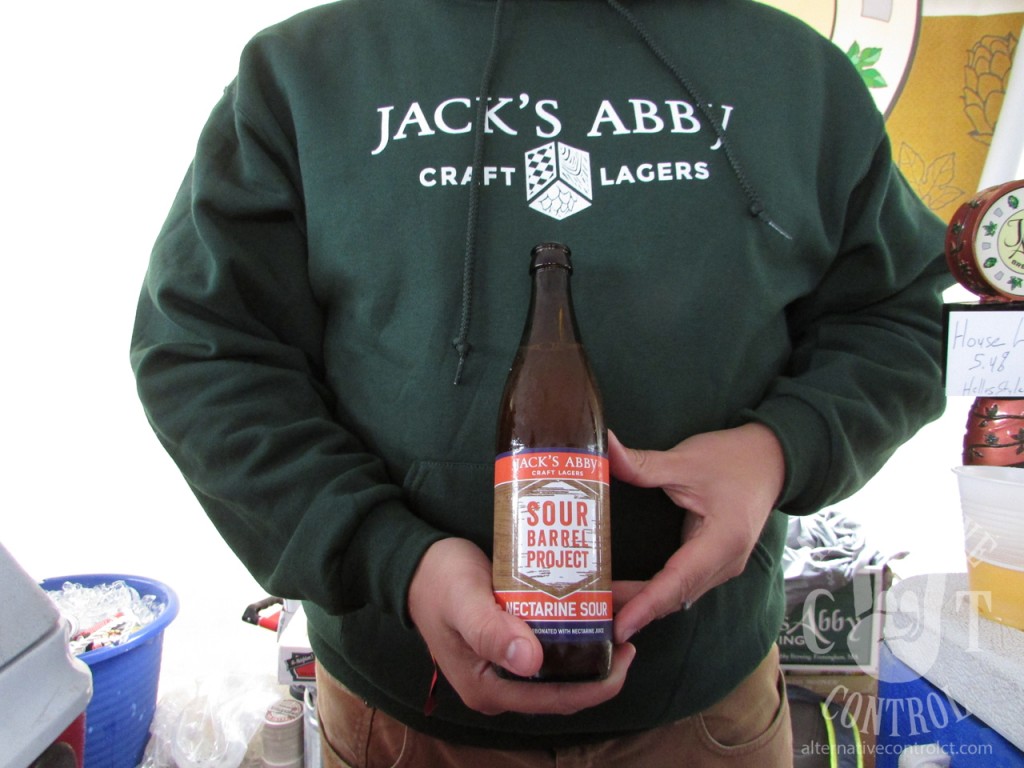 Sometimes you find yourself in the right place at the right time… thanks Dan! 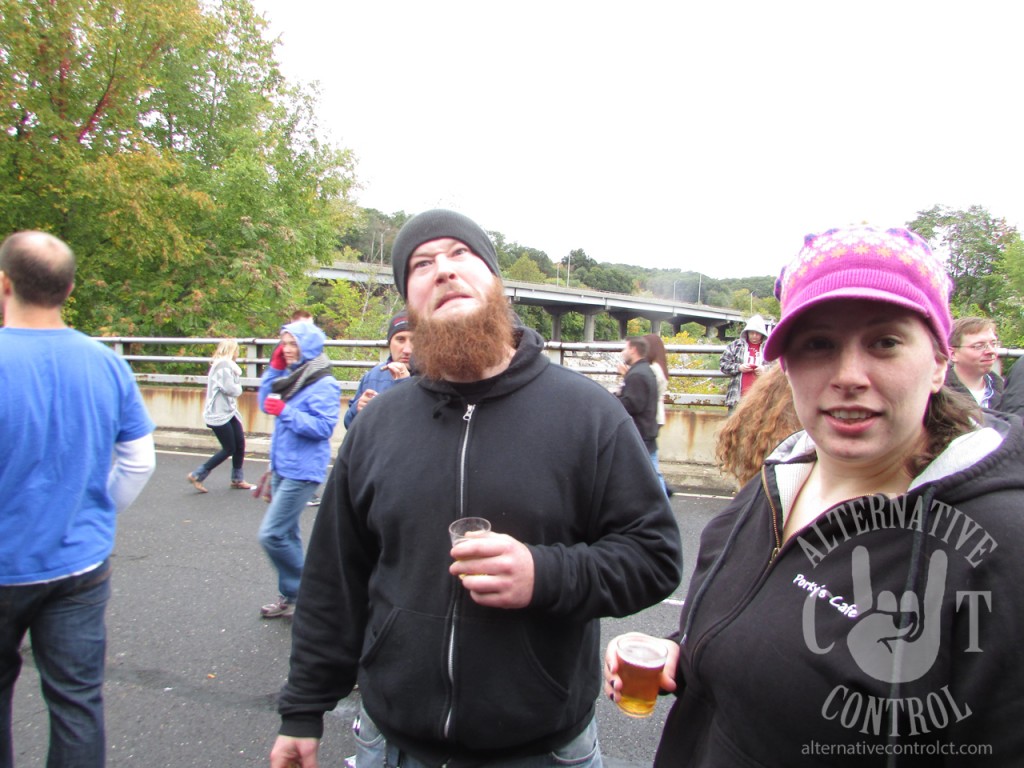 Your questionableness seems familiar to me… 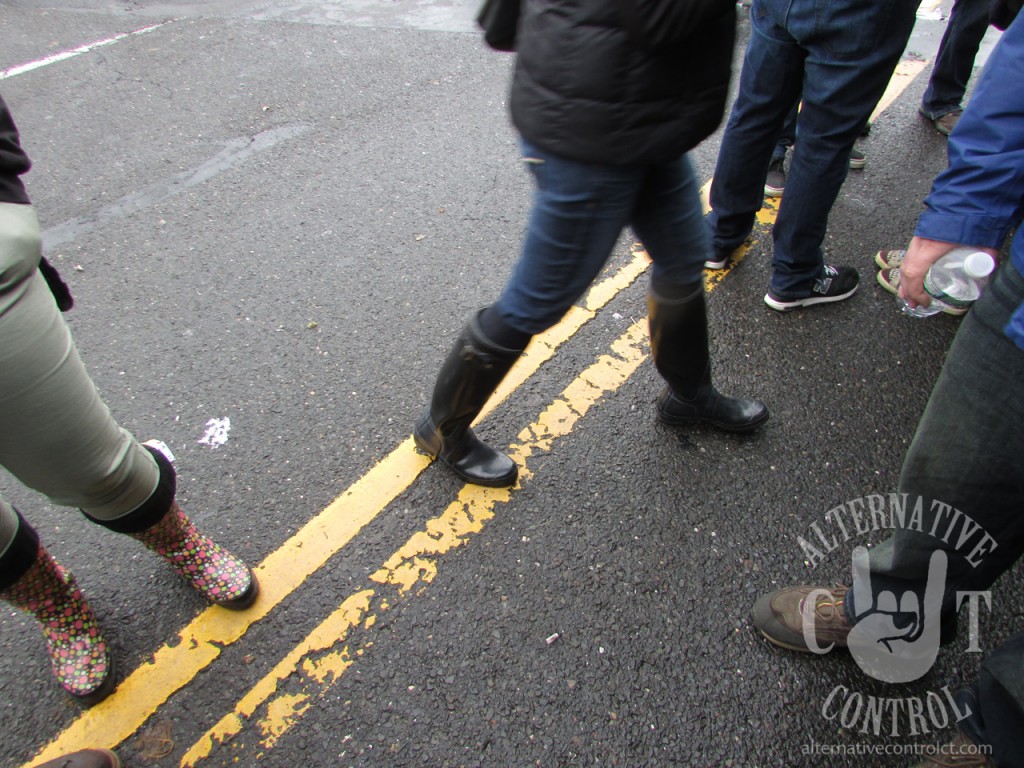 Smoke in the Valley must own the entire town of Seymour cause it really took the place over – literally, the festival was in the middle of road! 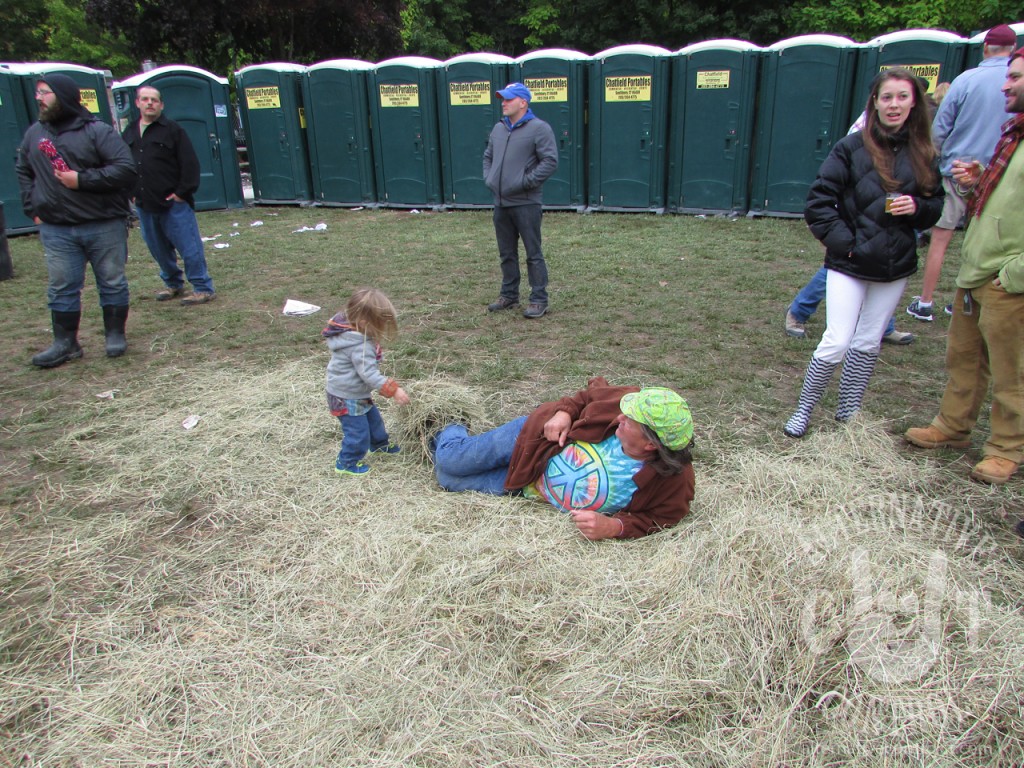 Fortunately there were no lengthy port-o-potty lines at this fest, however there was a dangerous hay monster attacking hippies who tried to use them, so there’s always something. But at least the hippies were using the provided facilities this time. 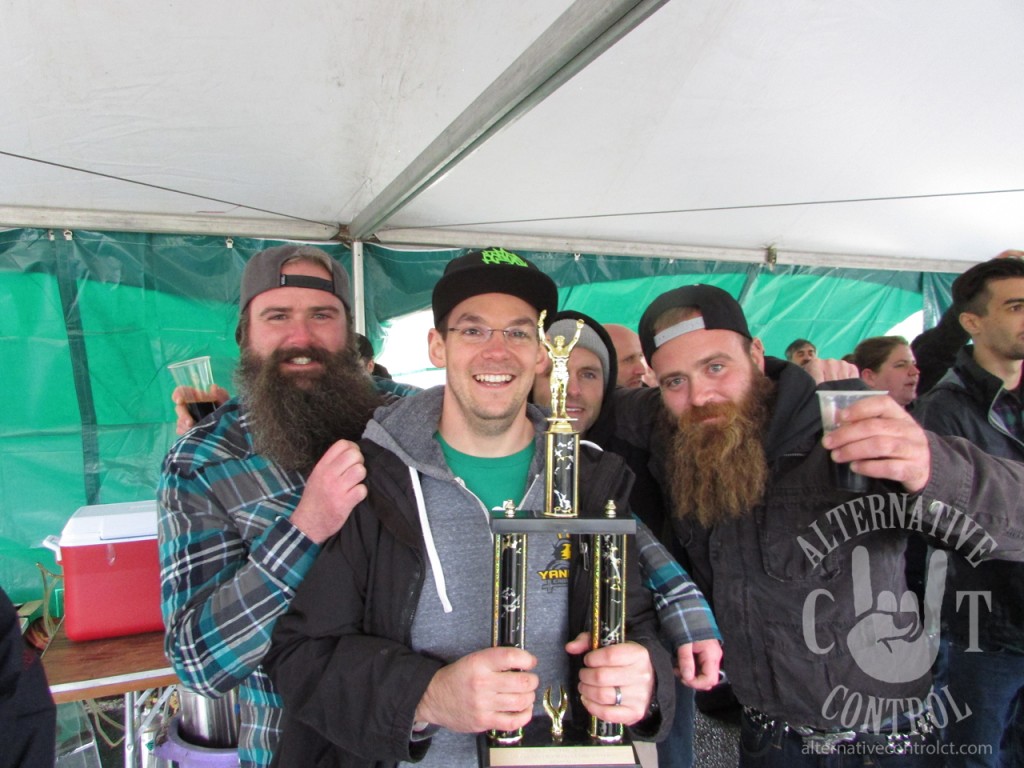 And now for the winners… 1st Place goes to Nothing Sacred Brewing and their Awesomesauce! 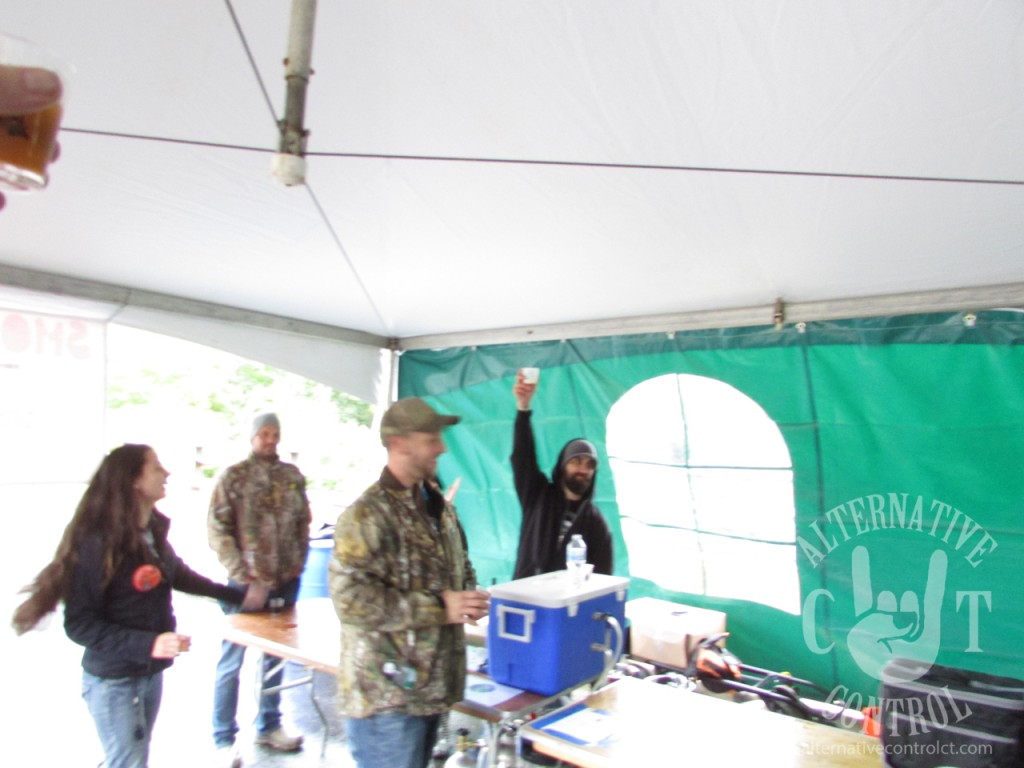 And Bill Steinbacher placing 3rd in the fan vote! 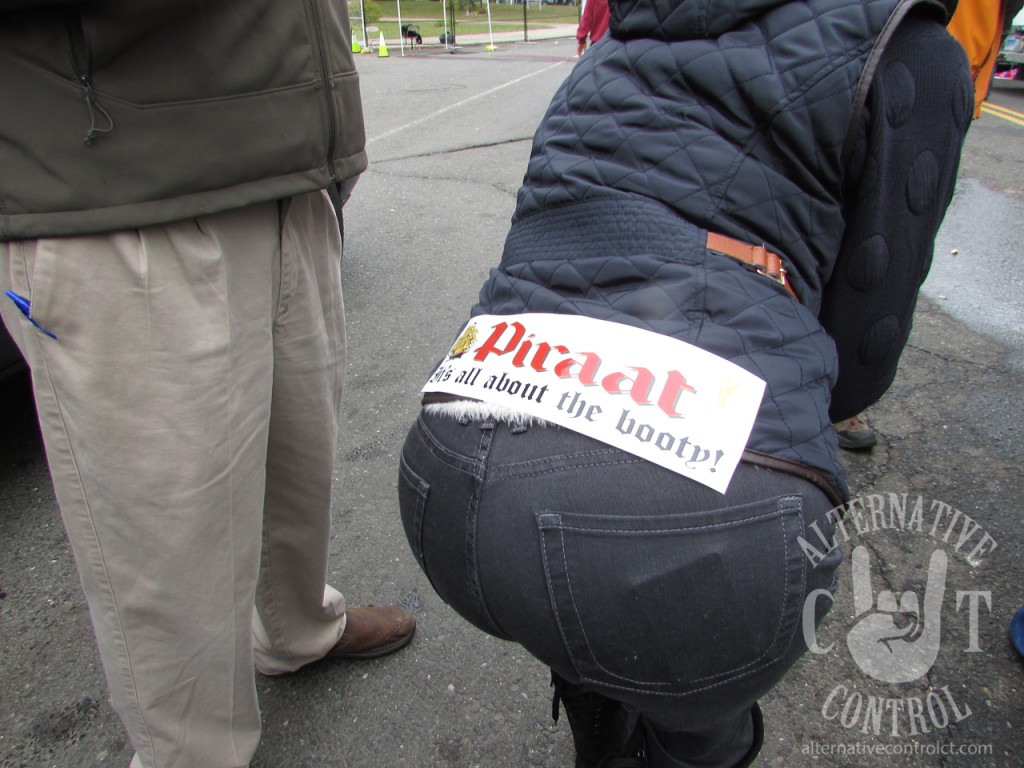 And one booty picture for good measure

For even more check out the full gallery on Facebook. And I hope to see some of you readers at one of these in the future, I love meeting people so feel free to say hi.