You have to be pretty nerdy to make up a mythology for yourself and have a comma in your band name, so Alternative Control was thrilled to have New York City musician, satirist, and monster Skulk, The Hulking write a Nerd Talk column for us.  Read on, some of this hip ogre’s tastes may surprise you… 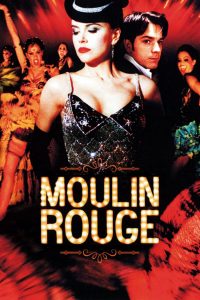 It may seem ridiculous for such an aggressive ogre like myself to love this movie, but I just can’t help it.  Moulin Rouge is a damn masterpiece.  I love many different styles of music, and this film does such an amazing job of taking well known music and turning into just as interesting (if not more interesting) versions in another genre.  Roxanne is definitely the highlight of that.  That scene is awesomely dark and takes a shitty Police song and makes it pretty badass.  Also, being a sucker for tragedies, no one wins in this movie.  That Ewan McGregor howl at the end while The Duke is walking out of the theater, smugly smiling, is such an amazing reminder for how unfair life can be without anyone actually causing the unfairness.  Ignore the Lady Marmalade song and get over the five seconds of Nirvana and it really is a great ride.

Easily my favorite book is 1984.  If you listen to Skulk lyrics, you shouldn’t have an issue drawing the line to this novel.  Extra points to Orwell for really hitting the nail on the head while we live now in a world where people are too distracted by screens to care about each other and we have to deal with a president that seems to speak in Newspeak.  Again, adding to my love of tragedy, the extremely dark ending speaking to the hopelessness of defeating what we should be resisting hurts so much more when Winston even fails the woman he loves.  On a side note, it bothers me that this book is compared to Brave New World.  If you haven’t read it and you like 1984, don’t.  All the feels you get from 1984 are absent as all hell in Huxley’s “classic” and you spend so much time reading made up words to describe futuristic machines that when at the end the main character *spoiler alert* hangs himself, all I can think is GOOD.

Being a monster that loves trying to accomplish things that seem damn near impossible, the Dark Souls series has filled that need time and time again.  Having to be careful with every single enemy you encounter, frustratingly dying every few moments, and not having a clear path on where to go, really had me laughing at how angry I’d get at a stupid game.  My favorite moment was fighting the Smelter Demon in DSII for literally a month.  Without a shield that fully defends against fire, that flame sword he had was so annoying!  Finally, one night a month into coming home every night and fighting this asshole a couple times to no avail, I got a quick lead on him.  I started getting nervous and messing up but he only had a sliver left.  He got some more hits in on me and I decided to just go for it.  I rushed in with my dude clad in tank gear with my Gigantic Black Knight Sword and went for the kill.  The Smelter Demon did the exact same thing and we both hit each other at the same time.  He fell to the ground, I stayed standing with the tiniest of health bars left.  I screamed so loud that my wife ran in to see what happened to me. She looked at the screen, looked at me and said “You’re an idiot.”  I was an idiot. A completely happy one.

Skulk’s upcoming album Afterbirth Of A Nation is due out December 14th, 2018. As the holiday shopping season descends on us, check out the single “This Commercialism Sure Means Business” and pre-order the album here.