IT’S ALL CAPS ALL THE TIME AT ALTCTRL!!!  Kidding, kidding…. This blog editor was delighted to find a Nerd Talk from RIFFLORD in the inbox this week, as they are about to release their long-awaited sophomore album  7 Cremation Ground / Meditation on December 1st.  As it turns out, the myth-shrouded midwestern rockers are JUST LIKE US!!!  They argue about Batman!  They watch Willow!  They read Stephen King!  Scroll down for more nerdy RIFFLORD secrets… 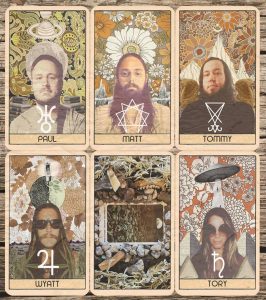 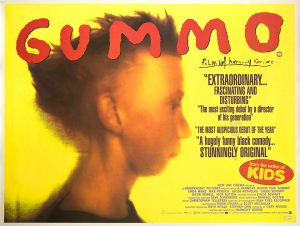 Movie: Gummo. This film is one of the most grotesque yet oddly satisfying films. Harmony Korine captures the dark underbelly of rural Americana. Where I’m from, there are people that closely resemble the characters in this film. Some were my friends, some were outliers that you could find in after bar parties in the back of some seedy trailer park — and there is a part of me that loves the glorification of garbage white trash culture. In the words of Reba McEntire, “I might have been born just plain white trash but Fancy was my name.”

Book: Dante Alighieri’s Divine Comedy.  My obsession with this book began in high school when I made a valiant attempt at reading a very early translation of it that was extremely difficult to digest and understand. It sparked a serious interest in the idea of traveling from hell to purgatory to heaven, which I believe every human makes during their lifetime at least once and sometimes in that order reversed.

Game: Resident Evil 2. This game blew the lid right off of everything I knew to be acceptable in a video game. Being 13 and playing this in the dark was TERRIFYING. Constantly searching items in rooms and looking for keys to doorways, being surprised by entities that just want to eat you that are half eaten themselves…….. Now as I reflect back upon it, it’s eerily similar to life. 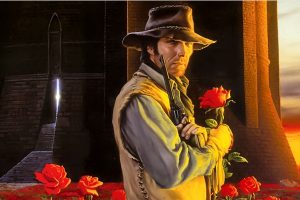 Book: The Dark Tower series. I really enjoyed this series, as it’s Stephen King’s Magnum Opus which ties in so many of his worlds and characters from other books. I love the depth of the character development and its grittiness. It made me laugh, cry, and everything in between.

Game: Plants vs. Zombies 2 (phone/tablet app) I don’t know why exactly, but this game just sucks me in. I’ve played it several times while getting tattooed, and it really helped manage the pain, as I’m a huge wuss. 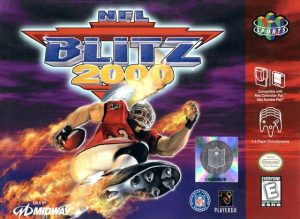 Currently Reading: The Primal Screamer by Nick Blinko.  Stoked to read this.  I love Rudimentary Peni and Nick’s artwork

so I know this is gonna be great.  Mental illness is something I’ve struggled with all my adult life so I’m really excited to read this.

Movie: Halloween.  I could do horror all day long. So many movies I could pick, but why not this classic? The score is incredible and Michael is terrifying.  I could watch this movie anytime and never get sick of it.   Michael Myers > Batman.

Book: Stephen King’s It. This is a book I’ve read a few times over the years. Even though I know the story well it still creeps me out… It was the first book I read that gave me nightmares.

Movie: The Holy Mountain. This was a game changer for me. The psychedelic images in the film are burned in to my brain; I’ve never seen a film like it before or since.

Game: A Nightmare on Elm Street for NES.  I’ve never been a big gamer. However, my love for horror movies made this one my personal favorite. 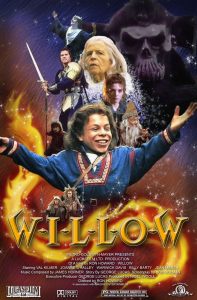 Game:  Mario Kart for Nintendo 64. This was and still is the only video game I’ve ever really played. Because of this, I can say in full confidence that I will probably murder you. And yes, I am Toad.

Movie:  Willow.  Directed by Ron Howard and written by George Lucas this movie is my favorite fantasy film.  Magic. Sorcery. Val Kilmer. Sword fights. It was released in 1988 which is the same year I was born. Fun fact: I was almost named after one of the main characters, Elora Danon.

Book:  This was SUPER hard to narrow down. I’m currently reading 12 Rules for Life by Jordan Peterson.  I’m pretty confident that it will be in my top favorites once I’m finished. However, if I had to pick an all-time fav it would be The Great Divorce by C.S. Lewis. This book’s way of representing heaven and hell was a big paradigm shift for me.  The imagery is one that has shifted my conscience and heavily influences my dreams to this day.

Pre-order RIFFLORD’s new one here.  (And read AltCtrl’s review of the album here.)

Also: Willow > All Your Other Movies.

Thanks to Dewar PR for setting up this edition of Nerd Talk.  For more from Alternative Control, find us on Facebook, Twitter, Instagram, Soundcloud, and bandcamp.