Hailing from Manchester, New Hampshire, apocalyptic stoner rockers Dust Prophet came together in 2018 as the project of longtime friends and musical collaborators Sarah Wappler and Otto Kinzel.  Soon joined by fellow scene veterans Heather Lynn and Marc Brennan, the band shifted into high gear writing music — and some of that music will be featured on Alternative Control’s upcoming compilation, Volume Doom (available on February 22nd through our bandcamp, cough cough….).

But today we’re taking a step away from music and looking at some of Dust Prophet’s nerdy pleasures….  Read on to find out which books, movies, and video games are the most memorable for this up-and-coming band. 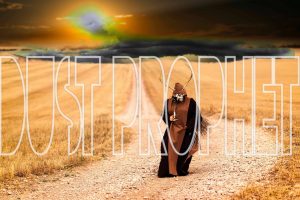 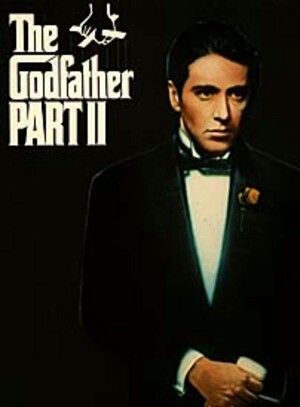 “Love this movie! I love the entire series (yes, even part 3). The idea of family and the incredible contradiction between the Corleone’s commitment to their blood family and then their mafia family I’ve always found compelling. I like part 2 the best because I love a good origin story. Love seeing how Vito Corleone became the Godfather, and Robert De Niro’s performance is on another level. This movie also serves to show us the transformation of Michael. He goes from the innocent young man fresh out of the military in the first film. He wants nothing to do with the family “business”. By the end of the second film he has compromised all of his original morals and is fully invested in being the head of the crime family. ”

“I’m a huge fan of motor racing. Indycar, Formula 1, Sports Cars and Le Mans, both Prototype and GT racing. Pretty much everything but NASCAR, which I can’t stand. Project Cars 2 is a hardcore racing sim. For someone like myself, who loves the engineering side of motorsports and loves being able to tinker with stuff like downforce, camber, tire pressure etc. it’s a ton of fun. Whenever I talk about this game to people who don’t follow racing they think I’m talking about that stupid kid’s movie franchise Cars, and no they have nothing to do with each other. Project Cars and the sequel are produce by Slightly Mad Studios, who are this kick ass, smaller gaming company out of the UK. In the past I’ve also played a lot of the Gran Turismo games and I used to have a membership to iRacing, but I find Project Cars to be more enjoyable because it’s more focused on different racing cars themselves, as opposed to Gran Turismo which has lots of street legal cars that I find less interesting. And iRacing has lots of other dumb asses playing who have zero race craft and just crash into you.”

“I’m a huge Batman fan. Have been most of my life. And I love graphic novels. This one especially has always captivated me. The illustration is like nothing I’ve ever seen before in a comic; it’s so gritty. Dave McKean did most of it, and he combines all these elements of symbolism, surrealism, and different fonts to identify when specific characters are speaking. And the actual story itself is awesome! I love the backstory to Amadeus Arkham and how he came to create Arkham Asylum. The fact that its inspired by HP Lovecraft and loosely based on the old Danvers (MA) State Hospital gives it a nice local lore.” 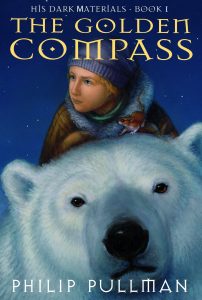 “I am a huge sci-fi and fantasy fan and when I saw this film for the first time (probably in my late teens I think) it completely blew my mind. I’ve since seen it countless times. I love this movie for so many reasons: it’s incredibly beautiful- every scene is perfectly composed; it’s profound and artistic; the special effects and filmmaking are amazing- it holds up even today; the sound design is incredible and it’s use of silence stunning. I love every second of it, it is truly a work of art in every sense of the word and it’s my favorite movie ever.”

“I love escaping reality, and Skyrim is a great place to escape to. It’s got an open, immersive and beautiful world, good storyline and nice character development. I can play it over and over with different characters. There are countless quests and mods and I just really enjoy it.

I couldn’t not mention Hearthstone, which I just totally love playing. It’s a bit similar to Magic:the Gathering. There is a lot of strategy involved but also a small dose of randomness that works well. I often get bored of games and this one has held my attention for a long time.”

“This was a tough choice for me because I love a lot of books and I really had to think hard about which one I would call my favorite. I love fantasy and coming of age stories and this is a beautiful example of both. It is so beautifully written. You can tell that the author has a deep respect for children. Lyra, the protagonist, is strong, thoughtful, independent and brave. It is the first book of a trilogy that is considered young adult fiction, which I think is a mischaracterization, as it is a very profound and complex story that I think is kind of lost on young people.  Also, although the movie of this novel was really well cast and acted (Daniel Craig, Nichole Kidman) the plot was changed (in particular the ending) and the movie ended up completely missing the entire point of the novel. Kind of infuriating. However, I heard the BBC is making a mini-series of it and I have much higher hopes for that.”

“I’m a fan of many works by director Christopher Nolan and was ecstatic when I found out he was working on the film Batman Begins. I am also partial to the film scoring by Hans Zimmer in how it complements the mood for these movies.  In my opinion, the actors for these movies worked quite well for the characters portrayed but very importantly is that Anne Hathaway was casted as Catwoman, who is all sorts of DAYYYYMN!  The trilogy was a great approach on tackling the visions of Frank Miller and Neal Adams for the legacy of Batman” 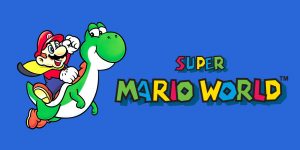 “I mean, duuuuude… you’ve got the introduction of Yoshi, feathers that give you cape-wielding ability, underwater torpedoes named Ted, a jive ass Vanilla Dome world, flying dolphins, a Dinosaur Island, a shout out to Trent Reznor in every fortress, star world travelling capabilities and cactus creatures that are totally edible! This game is on point.”

“Yes, Batman again. Most books I read are non-fiction microbiology textbooks so it’s appropriate for me to list a recreational read. I am a completest and had to own all of the “pre” and “post” related issues, which I believe spanned 2-3 years or more. After a prison break in issue 491 (my 1st comic) Batman’s foes are just relentlessly putting him through the wringer until he meets Bane, for which issue 497 with cover art by Kelly Jones is just iconic and menacing. I have a signed copy of it too! The arc exposed me to talented writers Dennis O’Neil, Doug Moench and Chuck Dixon as well as artists Sam Keith, Norm Breyfogle, Michael Netzer and Jim Aparo. 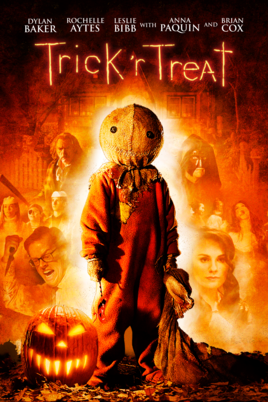 “There are 5 movies that are my favorite, depending on my mood for that particular day. Today I’m feeling 2007’s Trick ‘r Treat, directed by Michael Dougherty. It’s simply perfect. It combines so many things that I love: horror, cute things, fantasy, pumpkins, Halloween, anthology, and with just the perfect amount of dry humor. The character of Samhain has become such a cult icon, and for good reason. He’s an incredibly cute, yet formidable force that is something between a grim reaper and serial killer. Keep your pumpkins lit every October 31st, or else…”

“I’m not a big gamer (sorry!), but I do like smartphone word puzzle games like Wheel of Fortune and hidden object games. I was also obsessed with the game Zombie Farm for about a year. It’s a game where the player is a farmer of adorable zombies who make chomping sounds and walk around exclaiming ‘brains!’ in high-pitched voices. You build and decorate your farm, while trying to farm the best zombie combinations to create an army of cuteness to battle enemies.  It’s mindless and requires zero skill, but sometimes it’s nice to just enjoy something silly to escape the world. ”

Book: The Ritual by Adam Nevill

“When I read this novel, I was going through one serious Folk Metal phase as well (Folk Metal pretty much saved my life), and The Ritual filled my eyes with many of the same ideas that were filling my ears at the time when I was escaping into Folk Metal. Folk Horror is one of my favorite genres in literature, art and film and I felt this read was a perfect representation of Folk Horror. Like some of Nevill’s other books, The Ritual probably could have been two different books. The first half of the book is kind of a “before” a certain incident occurred, with the second half being an “after”. The Netflix movie based on the book was ok, but lacked representation of my two favorite characters; Loki and the old woman with cloven feet. I found the story to be relatable in some ways, terrifying in others, and was completely engulfed in the world created by Nevill. I’ve read every single Adam Nevill book I could find because of this book. It was the first book of his I’d ever read, and I loved it so much that I was extremely disappointed when I had finished. Sometimes monsters are supernatural, but monsters are human. This book has both.”

Check out Dust Prophet at one of their upcoming live appearances…