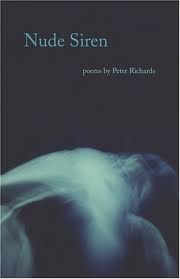 If any of you read my last book review on James Tate’s A Worshipful Company of Fletchers, you know that I’ve readily admitted that I don’t do a lot of recreational reading. I won’t go into every reason why, but predominantly it’s because I spend a whole lot of my time writing, favoring a hands-on approach to literature. Lately however, I’ve been making strides to sacrifice some of my early bedtime to allow for a gander at printed text. I used to carry this fear that too much reading (especially in terms of poetry) might cause me to be a little too influenced by the styles and techniques of other authors. I’m still a bit concerned about it, but I’ve also convinced myself of the many positive attributes that recreational reading has and its ability to improve my writing skills. Some of the reasons are obvious, let’s face it. There have been countless statistical studies about the importance of reading and its beneficial factors on the human mind, and the soul. This article concerns itself with a specific valuable asset: the development of vocabulary. An extensive vocabulary is what poet Peter Richards’ has acquired, and his book of poetry entitled Nude Siren is blatant proof of this notion.

Let me just say this first, Nude Siren is difficult. This becomes apparent straight off the bat as you open up to the first poem. His free-verse technique is completely avant-garde and really stretches the boundaries of what a poem should consist of and how it should be presented. I was never one for tradition or conformity, so this is a big plus for me. Unfortunately for me as a reviewer, the difficulty of this poetic language translates over into one’s ability to really explain the breadth of what Richards is going for. I will do my best though, and try to give this incredibly creative collection a coherent commentary.

As I said above, the vocabulary that he uses is stunning. In almost every poem out of the 66 featured, there was at least one word that was alien to me. The strange thing is that no matter how big or pompous the words got, they always seemed to belong within the context, and managed to continue the flow of the poem in a natural fashion. Peter obviously has an amazing grasp on the English language, but he has an even more admirable ability to never make his statements sound overly pretentious or forced.Given the absolutely chaotic structure of his work, hitting that right medium between universality and subtlety while taking surrealist writing into more obscure territories remains downright perplexing.

As far as the subject matter goes, I can’t honestly tell you what the underlying message is in these poems. If there is one, it’s masked and saturated in so much wild imagery that it makes the theme or story nearly impossible to comprehend. Again, I stress the word difficult. Personally, I don’t think an underlying message exists at all. By my interpretation, Richards is using the strength of abstract imagery, a loaded arsenal of vocabulary and masterful descriptive power to express the chaos of unhinged passions and feelings. It’s almost like a painter splattering a canvas with random assortments of colors, but also taking time to compose the anarchy with a certain emotionally gripping effect. It’s true that while reading these poems, I didn’t really understand the basis of any statement — but my mind filled with exuberant fits of imagination pasted onto impressions that I’ve never experienced before. These words, sentences and fleeting bouts of psychobabble instilled within me a plethora of feelings from amusement to terror to bewilderment. In short, the material is difficult but the effects are effortless and rewarding.

For those of you who are interested, a direct quote would better explain just what you’re in for here.  Here’s a sample of the first poem in the book, “Nude Siren”:

So, this book is definitely not for everybody, and certainly not for one without an appreciation for surreal poetry. But someone with an interest in seriously adventurous literature could find its obscurity and zany nature as something to love, as I have. Just make sure you have a dictionary handy. And at the very least, even if you don’t take to the poetry, just copy all the words that you don’t know and find their definitions. Use some of them in your next college paper and boost up your grade!