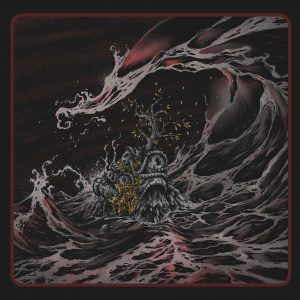 Spaceslug is rounded out by drummer Kamil Ziółkowski and all three members share vocal duties — although there are stretches on the outfit’s sonic roadmap where you could be fooled into thinking you were listening to an instrumental band.  With previous works described as “cosmic” and “transcendental,” the fuzzy-psych-stoner-doom crowd will surely be turning up and tuning out to Spaceslug’s upcoming album Eye the Tide.

But without further ado…  Here’s some Nerd Talk!

Well….  Video games, dude!  They are my first passion in life.  I grew up in a Playstation family from the PSX era.  There are couple games that changed my young mind: Metal Gear Solid is the first one on this list.  I loved all the drama, characters, and the vibe of the script.  I was so in love with the series that I finished all of them without one single save in one sitting.  Some of the quotes from MGS will be always in my memory.

Another game that I love is Final Fantasy VII. Everyone knows the reason why.

The last title that comes to my mind is the Monster Hunter series – over 1000 hours in Freedom Unite, and around 600 hours in MH3 Ultimate.  Now I’m slayin’ Tigrex and stuff in MH4 Ultimate – love it!

As I’m getting older, I found that I really love Nintendo consoles. 3DS and Switch are great along with my gaming laptop.  It’s a shame that all AAA titles nowadays are on PS4 and PC, it sucks big ass.  That’s why I’m always returning to the golden era of PS2 and PSX RPGs.

I’m also a veeeery big fan of the DC Comics universe.  Batman is my childhood hero!  And I love the Batman vs. Superman movie.  I think it’s the best superhero movie up to date.  If you think not — well… it’s your problem dude!  On our second album, one of the song titles is a line from Bruce Wayne: “What Falls is Fallen.”  Batfleck is my personal Number One.

In my free time, I’m always drawing.  I’m in love with tattoos, so that’s the main reason. Maybe someday I will pick up a tattoo machine! Who knows!

I am deeply interested in the history of Second World War, especially in the history of the apocalypse that happened in the cities of the falling Reich.  Wroclaw, my home city, was one of these.  It’s a phenomena where the whole city population was totally exchanged after the war — how did the German city become a Polish one, and how did the new citizens of Wroclaw define themselves in their new homes and rebuild their identities  in uncertain times?  What is our identity today, and how do we perceive ourselves as a second generation born in Polish Wroclaw?  These are some of the questions that I am asking myself and trying to find out during my own research.

Also, I really enjoy exploring Wroclaw’s topography and looking for signs of the past era in city’s architecture — especially how the period of Festung Breslau has determined the shape of the city today.  Keeping in mind that Wroclaw/Breslau went through true apocalypse at the end of the war, it’s quite amazing for me to observe what Wroclaw has become today.   All of this has significant impact on my creativity and helps me gain a sense of reflection. It’s not just a place I live, but the place I admire and am curious about.

Eye the Tide comes out July 20th, 2018 and is available for preorder here.  Find Spaceslug on Facebook to stay up to date with this unique, mind-bending band.

Thanks to Red Lead PR for help with this edition of Nerd Talk.  For more from Alternative Control, find us on Facebook, Twitter, Instagram, Soundcloud, and bandcamp.