I’m going to start this article with a random list of albums: 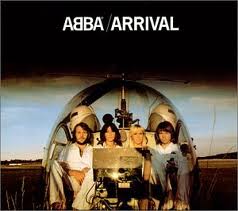 This diverse selection of albums share in really only one aspect. I like them, all of them. In fact, a few of them range in the upper numbers of personal favorites. The variance here isn’t to show off how far-ranging my tastes are, but to give a simple example of what this article is all about.

A pretty tasteless trend follows the listening and enjoyment of music today. It starts at pre-adolescence, and even though it should end with the cycle of adolescence, it doesn’t seem to fade like other immature traits that everyone witnesses and works through. Back in my teens and surely yours as well, music had always been a way to express your individuality and rebellious nature. The dissatisfaction, dramatic emotions and arrogance that tag onto any teenager’s outlook can easily be represented in an album cover, a riff, a lyrical line or a performer’s persona. Coupled with this is a longing for adolescents to feel wanted, and to share their outlook with others that they deem worthy of their points-of-view.

Thus, in a very natural way, music seemed to be a big medium that determined which kids would band together and which kids each group or “clique”, would sign off as unapproachable for friendship. Every self-respecting music fan has gone through this in their high school years, especially in diverse schools. Metalheads normally did not converse much with punks, nor did punks converse with hip-hop/rap kids, and such is true with alternative, indie, pop music and so on. This statement isn’t to be taken to extremes, but I’m sure it rings true in certain degrees for everyone.

The problem here is the fact that this trend doesn’t seem to fade as well as other teenage traits with the coming of age. It’s evident in many people that I’ve come across and conversed with, that they still hold some kind of alliance with the music that they chose as a teen. Because of this unfounded loyalty, so many are easy to shrug off any chance of opening their minds to the enjoyment of different musical genres. This isn’t to say that people can’t have their likes and dislikes (I certainly have dislikes of my own), but it’s silly to dismiss something simply because you have preconceptions about it, and even worse, an image to keep up as a loyal servant to the genre that you chose to cling to. 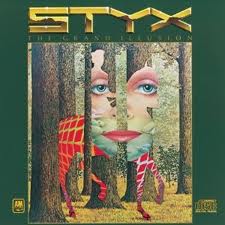 Being in a local metal band, I would quickly find it incredibly boring if all I drew my influence from was metal music. I do like a great deal of it, and love a small percentage of it, but I don’t feel that listening to any of the above mentioned albums make me any less of a fan of metal, or a “poser” to the metal genre.

I don’t know when musical tastes became such a judge of one’s character, but the coalition really doesn’t fit. Just because I like a few indie albums, why would it necessarily imply that I’m a hipster? Just because I like a few Journey or ABBA albums, why would that necessarily equate to me having a sexual interest in men? The musical tastes of hipsters and gays are really only a part of what makes up their whole identity, and I’m sure there’s many hipsters and gays who get a kick out of death metal. In short, people should be allowed to listen to whatever they want to without being lumped into a classification. There’s no need for the term “guilty pleasure,” when you’re referencing music that’s out of the ordinary of what you normally listen to. You should never feel guilty about music. There’s no crime being committed no matter what comes out of the headphones.

Music is supposed to be a personal and deep experience. A therapeutic creature of sound. Life is emotional and stressful and sometimes opening yourself up to a new form of music is just what the mind needs to find the solace it’s looking for. For me, nothing beats an ambient piece when I’m trying to sleep, or a grindcore song when I’m feeling destructive, or a ballad when I’m feeling down. Not associating myself with just one genre and not caring about what people may think of me because of my tastes has become incredibly liberating. Frankly, if I did care, the only disservice would be all the great albums I’ve missed out on because I allowed the politics of music (yuck) to dictate what I should or shouldn’t be listening to.