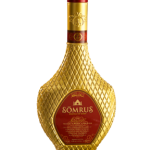 Earlier this week, Alternative Control was invited to Thali in New Haven to try SomruS, a recently launched Indian liqueur.  SomruS is truly an international product — dreamed up by a Chicago-based company, made with Caribbean rum, and bottled in Wisconsin, SomruS is the first cream liqueur to represent the flavors of India.

And represent it did, pairing perfectly with Thali’s spicy dishes.  Here’s what we tried:

First Course: Cauliflower in Spicy Cilantro Garlic Sauce and Samosa served with SomruS on the rocks 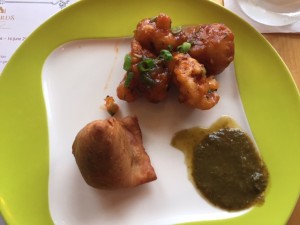 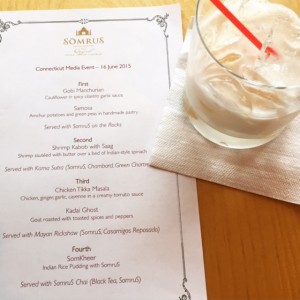 SomruS on ice tasted, “exactly like I hoped it would,” said my fellow blogger Julie, “An adult chai.”  Everyone at the table tried to guess the spices it’s made with.  Was it vanilla?  Almonds?  Anise?  All our guesses except almonds were wrong; turns out that SomruS is flavored with saffron, cardamom, almonds, pistachios, and rose.  As a cream liqueur, of course it’s pretty sweet, but not as overwhelmingly so as something like Bailey’s. 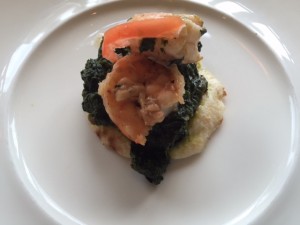 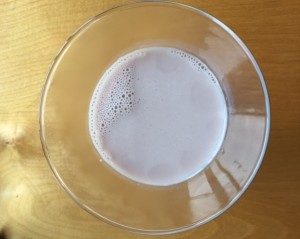 The Kama Sutra, despite having the best name, was not my favorite drink of the night.  The addition of Chambord and Green Chartreuse made for a sweet and fruity beverage with a strange color.  As someone who usually drinks beer, it just wasn’t my style.  However, it did pair well with the garlicky shrimp kabob — and while it won’t be my drink of choice, I had no problem emptying the glass.

This course was amazing.  Wondering what Kadai Ghost is?  It’s goat!  I’d never had goat before, but wasn’t surprised to enjoy it.  It was served in a spicy sauce with peppers and had a stew-meat texture.  If you ever get the chance, give it a try. 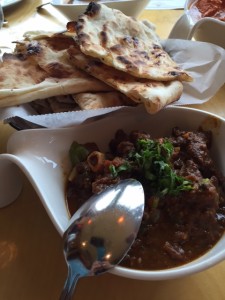 The goat! And if you look closely at the spoon, you can see me taking a picture of it. 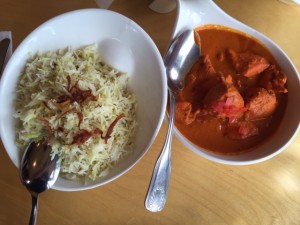 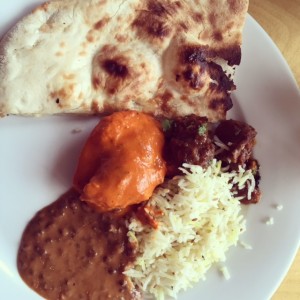 The Mayan Rickshaw was also pleasantly unexpected.  Even with just one part tequila to three parts SomruS, it still had a nice kick.  The combination of cream liqueur and hard liquor reminded me of another one of my favorite combinations: Bailey’s and Jameson on the rocks.  Sweet, but gets you in good spirits! 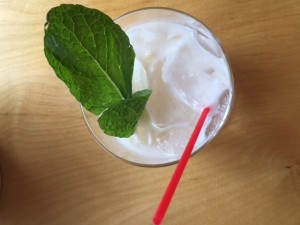 Julie’s comment was prophetic! The SomruS Chai was just right.  It’s as if SomruS was made to go with tea.  If you’re making this at home, brew the tea as strong as possible. 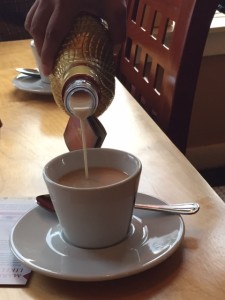 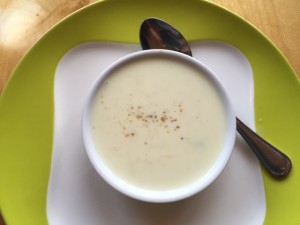 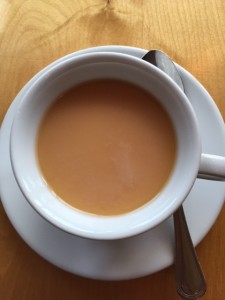 Looks just like regular tea… It will be your little secret.

Overall, I’d definitely recommend SomruS (and Thali!) to Alternative Control readers.  SomruS is a unique addition to any well-stocked liquor cabinet — and I suggest picking up a box of chai and some good silver tequila to go along with it! 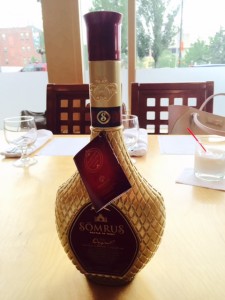 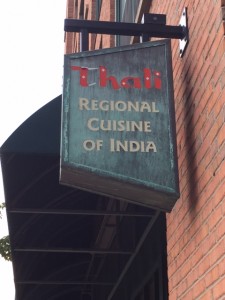