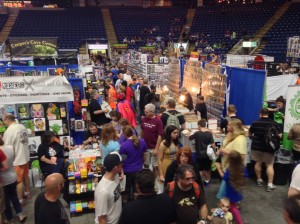 When our Esteemed Editor asked, on Alternative Control’s private feed, who would like to accompany her on her maiden comic book convention voyage, I immediately volunteered. She would need a battle-tested, seasoned veteran to help her navigate the literal sea of geekdom, and I fit the bill. Call me Quint, and imagine the over-crowded assembly of costumed adults and salivating vendors as the gaping maw of Jaws. Call me Odysseus, home after the long journey, armed with the knowledge and experience to lead. This would require beer. And Jameson. In the morning. 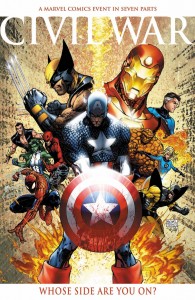 My first loves have always been comic books and professional wrestling. However, neither of these had firmly held my interest over the course of my young adulthood; I got into acting and singing, and those are all-absorbing pursuits. When Marvel Comics put out Civil War in 2006, the awe-inspired Bair cub within remembered his lost love and dove back into a regular funny book habit. It’s been a good six or seven years now, since I underwhelmed and I stopped purchasing hundreds of dollars’ worth of graphic novels every month. But nothing can displace my enthusiasm for the medium. If you’re not familiar with Marvel’s Civil War… look it up, flatscan. Incredible.

In any event, when I got the go-ahead from Jess, I envisioned a day-long affair. Show up at the crack of dawn, sipping coffee and eating McDonald’s hashbrowns, shuffle in, and spend probably a good four or five hours walking around, soaking it all in, meeting cosplayers and indy artists, and getting shit signed by legends. Conducting interviews, all of the proper journalism stuff. When I was graced with the opportunity to ring announce a live professional wrestling event for the first time, later that afternoon in nearby Hamden, I asked my Esteemed Editor if I could dip a little early and she kindly obliged. Unfortunately, she had other obligations in the morning, and our all-day sojourn dwindled to a roughly-90min jaunt. But I would say, and I believe Jess would concur, that we made a sizable dent in Bridgeport’s ComiCONN.

We were not there to shop, but there was SO MUCH to buy. Vendors lined the outside of the arena and divided each narrow walkway, crying their wares. With more foresight I might have stowed away some dough and made some ill-advised purchases. But anybody looking for old-school comics and action figures, obscure comics and action figures, the hottest comics and action figures, if you want to rub elbows with some of yesterday’s, today’s, and tomorrow’s creators (for a price…), it was an all-immersive experience. I spotted a handful of comic books on sale for unexpected prices that I know for a fact I owned as a youth. I have a ton in storage, but there were some that I know fell by the wayside. For instance, if I ever find this jerk Rob who stole both my first appearance of Gambit and my death of the White Queen issues of Uncanny X-Men in fifth grade, I’ll break his fucking neck. But, I digress… 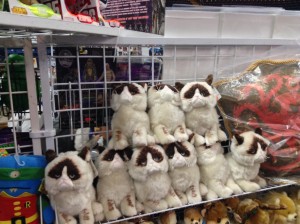 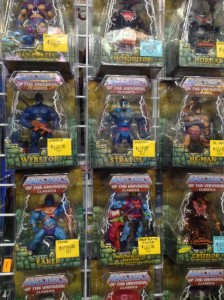 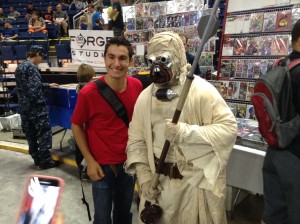 What Jess and I were both most excited about was seeing and interacting with cosplayers. By now it’s a fairly well-known phenomenon, but for the uninformed: cosplaying is, effectively, grown adults dressing up as their favorite characters in speculative fiction. Comic book conventions are a haven for these folks, where it’s not only acceptable but encouraged to go all-out dressing up like it was superhero Halloween. And it’s not limited to just superheroes: we saw pirates enacting a choreographed swordfight just outside, there were Tusken Raiders, Predators, video game vixens, robots, demons… A smorgasbord of characters dressed as characters. And the best part is that they’re almost exclusively pleasant, approachable people, who invite picture-taking and smalltalk about how they made their outfit, as well as the source material they drew from. I had a great little chat with a terrific Lady Loki, about how much I enjoyed the somewhat-recent storyline in Thor that saw Loki possess Lady Sif’s body. Hence, Lady Loki. This lovely young lass enjoyed it too, but apparently very few people knew about it, and she was often asked what she’s supposed to be. The costume was baller regardless. 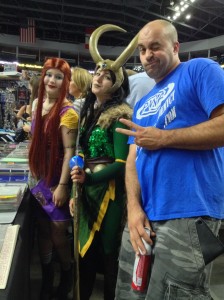 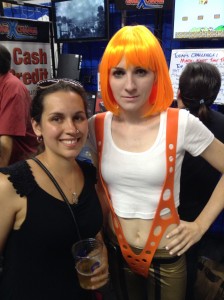 I met several of my childhood crushes, including the definitive Marvel Comics bombshell Ms. Marvel, and the female Gremlin from Gremlins 2. Don’t judge. The Daredevil I encountered looked infinitely better than Ben Affleck did in the same role. Jess got to acquaint herself with a favorite of hers in The Fifth Element’s LeeLoo. We were both floored by the outright sexiness of a Juliet, heroine from the video game Lollipop Chainsaw. The popularity of Deadpool is impossible to ignore, at least among the geek faithful, as indicated by a handful of different takes on his costume. It’s entirely possible that you’ve never heard of that character, despite my insinuation to its prevalence. For the uninitiated, Ryan Reynolds made a brief appearance as Deadpool in the dreadful Wolverine movie, but was shamefully untrue to his comic book origins; in the source material, he employs Spider-Man-like witty banter, but to a shocking degree of darkness and sarcasm. Youtube the recent redband Deadpool trailer and, if it’s not taken down yet, you’ll see what I mean. Several interpretations of his trademark costume meandered among the rest of the cattle plodding through constricted corridors of comicdom. 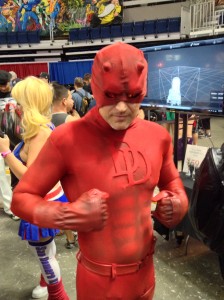 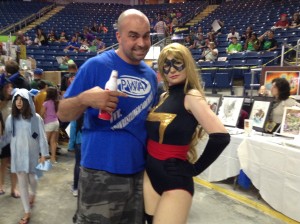 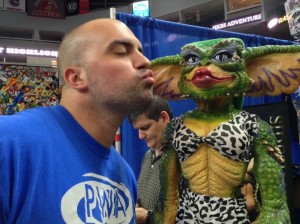 Overall, it was a blast. We could have certainly gotten into much more trouble with more time and a financial backer, but we experienced more in our limited window than I could’ve hoped. Next time, I expect Alternative Control will be on the scene again (HA! Get it, “the scene”?) with comprehensive coverage and more pictures of scantily-clad women.

The aforementioned Deadpool trailer. Do yourself a favor. While it’s still up.