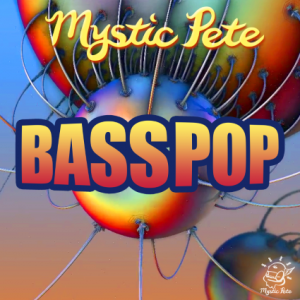 You never know what will show up in the ol’ inbox.  No one was more surprised than I was when I opened an email about some Los Angeles electronic music and found a song that chanted the words, “Kali Ma” over and over again.

But unsurprisingly, Mystic Pete’s song, “Bad Killer” had nothing to do with the Connecticut metal band.

Seeking to incorporate Eastern yogi ideas with Western dance and pop music, Mystic Pete has created a Dr. Seuss-esque mindtrip in “Bad Killer” that could have only originated in L.A.  Lyrics like “Mind control/yoga mats/hunting knives/prison tats”  are just the tip of the iceberg in a song that later delves into sex toys, diapers, and whipping out your…. Well, listen to the song.

Mystic Pete’s Halloween song, aptly titled “Halloween Night,” isn’t as bizarre — but if you have a listen, you’ll notice that the vocal lines are quite similar to those in “Bad Killer.”  His new album BassPop features these and three more irreverent tracks that will have you saying, “He’s mystic all right…”

When might someone listen to this kind of music?  I could see it in the background at cardio yoga class or a college Halloween party — you know, the kind with the all red cups.  Perhaps not the Eastern mindset that Mystic Pete envisioned, but if it’s selling on iTunes, I’m sure he won’t mind!