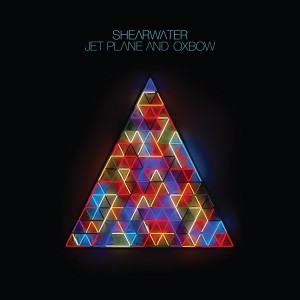 Shearwater has produced one of my top ten favorite records of the past twenty years.  Rook was an absolute masterpiece. A short but undeniably powerful piece of indie rock that in my mind, lived on the cold rocky shoreline of Eastern Maine and sung pop anthems to the more melancholic aspects of the human condition reflected in nature around us; cloudy days, winter migration and barren fields of crumbling stone cabins.

Since then the band has turned a couple of corners. They’ve incorporated a bit more of a mainstream edge, and that direction has led them to Jet Plane and Oxbow. But despite a new array of modern electronic touches, stadium rock loudness and a wall-of-sound mix, the deeper personality of Shearwater remains.

There’s that stirring, deep and heroic sounding voice of singer Jonathan Meiburg. God, can that guy belt out a tune. He could be singing about PB&J sandwiches and I’d still shed a tear. The album glistens with that sentimental sort of poetic Shearwater lyricism; words that express the trials and tribulations of modern society through environmental imagery and associations.

There’s that general feeling that every song here has its roots deep into something primal and beautiful within the human spirit. Shearwater makes songs about the certain secret parts of us that long to scream out against our desires to keep them hidden out of fear and insecurity. These secret parts are the things within us that make us want to dance like idiots, cry over dried rivers and share our amateur ripped-up notebook paper poetry. Jet Plane and Oxbow is another excuse to keep ourselves locked away, and to let Shearwater do the singing for us. 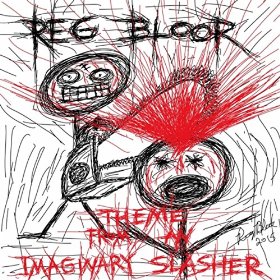 Reg Bloor is an experimental artist who has quite a resume working with artists such as diverse as David Bowie, Page Hamilton and Portishead. This is her debut album and it might have been the first thing I’ve ever heard that made me slap my hands over my ears. Not because this is “bad” music, but because of just how dissonant, screeching and almost physically nauseating it is.

This is a shred album overdosing on bath salts. It’s highly abrasive music, and only for those listeners accustomed to extremity. The sheer amount of lunacy, pain and loudness here is a bit much to bear, and I can’t help but think that this would have gone over better as a ten minute EP experiment and not a full-length. The focal point and almost solitary component is Reg’s guitar. She plays the damn thing like she’s knifing it to death while jabbing a tomahawk into her amp head. The tempo shifts at random places but the volume and treble remain at piercing level throughout. The fact that this is essentially just her and her suffering guitar makes the whole thing sound very personal, invasive and brutal – like stepping into a suburban kitchen during a bloody domestic battle where the wife has finally won the upper hand with the help of a meat cleaver.

This is art, for sure. But it’s the kind of art you find in snuff films and the kind of art Jack Nicholson’s Joker shows to Kim Basinger in the first Batman movie. It’s ugly, destructive, and insane and tests the boundaries of what we call music.

I can’t say that I liked this, but I can respect it for the risks that it takes. It’s obvious that Reg knows her way around her instrument, and it’s apparent that she doesn’t care how approachable her music is. And I’m pretty sure she wouldn’t knife me in my sleep. She’d wake me up first so I could feel the blade infiltrate my esophagus.