I decided to group these two releases together in one review, despite their obvious differences in sound and scope. They feature a similar penchant for extreme experimentation and an unorthodox approach, showcasing the power of both fusion and minimalism in the avantgarde. 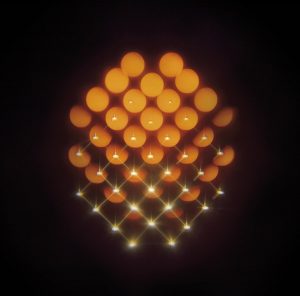 We start with Waste of Space Orchestra – a new project formed by members of Finnish black metal band Oranssi Pazuzu and Finnish doom metal band Dark Buddha Rising. What was supposed to be a one-off performance at the Roadburn Festival in The Netherlands turned into Syntheosis – a full-length descent into space metal cosmic insanity.

The influence of Oranssi’s presence can be heard in the sheer mania of a track like “Wake Up the Possessor,” which makes me feel like I’m spinning inevitably towards oblivion, my screams distorted and elongated by the twisting of space and time. “Journey to the Center of Mass” is Pink Floyd’s Saucerful of Secrets gone to hell, bringing the listener in a slow spiral towards the devil at the center of a quasar. Although I’m unfamiliar with Dark Buddha Rising, I’m sure they’ve had a heavy hand constructing meditative tracks like “The Universal Eye,” wandering in a nebulous chamber of electronics and dark ambience.

Syntheosis as a whole is like a hellish ride on The Great Space Coaster. Screeching, hyper intense guitar whirls through the cosmos, plagued with cling-ons of electronic whines and reverberating screeches. Tribal rhythms and prominent bass lines keep the listener tethered to whatever chaos planet the band visits, reconfiguring the mission and taking on alien lifeforms as it goes. Doom metal dresses black metal embellishments with extra mass and celestial wandering, bringing anyone who listens to this while in the grip of hallucinogens dangerously close to a breakdown. 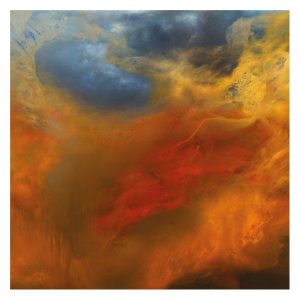 Drone metal band Sunn O)))’s new album is a different offering altogether, consisting of four lengthy compositions that sit comfortably in the minimalistic guitar-noise approach the group’s been toying with since their inception. Drone is a genre of music hellbent on offering up very minute deviations in approach, and on the surface, Life Metal doesn’t seem all that different from any other Sunn O))) album. Riffs are still incredibly slow and cerebral, focusing on texture, reverb, and repetition to create a sense of stormy ambience. The music is laced with constant ripples and waves of feedback at contrasting volume, with little sense of rhythm and shape. For many, Life Metal is another impenetrable experimental statement, and a boring venture into pretentiousness.

But for those accustomed and open to the vibe the group strives for, Life Metal’s beauty and personality is in the finer details. It’s clear from the get-go that the tracks here feature a gentler guitar attack than previous albums, most likely due to the fact that the album is recorded by purely analog means. There’s an ethereal wash and ever-so slight watery dilution to the distortion that makes room for melodious, alternate instrumentation. Moog synthesizers provide soft highlights to the cresting waves in “Between Sleipnir’s Breaths” — a feminine voice recites something like a spell, elevating the track into an audial map of magic. “Novae” plumes and collides like gathering clouds of flame before decaying into a gurgling swamp of cello that almost manages to bury the epic in the ground, until a loud crack of doom in the finale unearths and spreads like a disastrous chemical leak from the toxic soil. A pipe organ lingering in the background of “Troubled Air” creates a spiritual hum amidst the heavy gloom.

Experimental metal is alive and well in the year 2019, and these releases prove that the metal genre still retains a healthy amount of mystique and wonder. This is headphone music, made for those who want more than headbanging anthems. These are musical journeys in the form of outer space blasts into madness, and spiritual inner space excursions.