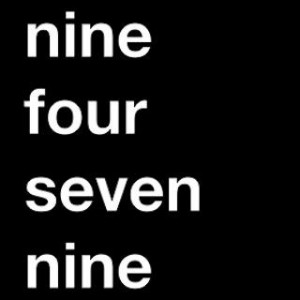 Visit the multimedia empire at http://9479.net!

On the surface, it appears that there has never been a better time to be an independent musician than within the last decade. A crumbling, non-evolving music business model was taken hostage by Napster and then metaphorically sold to iTunes around 2002, MTV changed their programming outlook to such a point that the new logo removed the word “Music Television” from the bottom and radio (even college) is just something many people use to get a signal for their iPods to play music in their cars.

People are doing it for themselves now; rappers of all ages, races and nationalities pop up on Tumblr with bandcamp links and get signed to labels run by guys with other Tumblr pages. Rock acts post entire albums on their websites with digital booklets and video content, sometimes releasing them a song per day. David Bowie released his first single in ten years recently and it was done through his website.

Yet recent sales figures show that vinyl records are at a 30 year sales high. Every popular hipster rock band puts issues a vinyl copy with the iTunes version, DJ’s need records to spin and records have come back from the dead as the natural alternative to digital sound.

As people involved in independent music, how do you release your work, and why do you use the method you use? Are you digital only, or is it CD’s and Records and which do you prefer? 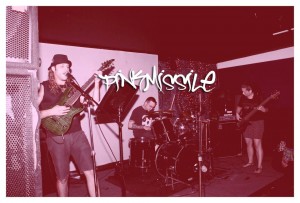 The Backwater Racket, When the Morning Comes (2009)

Thus far, my bands have released music on CD; The Backwater Racket put songs on CDBaby as well.  I think that’s the best way to go: releasing something physical and something that can be downloaded.  I like the feeling of a tangible product, but with more and more devices being made to play digital files, it’s clearly the wave of the future.  Plus, if you actually sell all your CDs, the songs are still accessible on the web.

I’m not going to be the band member that suggests releasing vinyl because I‘ve never owned a record player.  Yes, records sound great.  Yes, you get giant artwork.  It’s just that record players are before my time and I don’t feel the need to go get one just so I can tell other people, “Yeah man, my vinyl is pretty obscure, you probably haven’t heard of it…”

One thing I really don’t get, though, is releasing cassette tapes.  It’s 2013. Nobody owns a cassette player. Stop trying to be a hipster and release some vinyl already!  (Some hipster is saying to himself right now, “Hey bro, my cassette player sounds awesome, you wouldn’t understand…”) 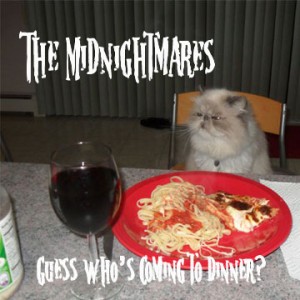 The Midnightmares, It Came From Connecticut! Vol 1. (Compilation) (2012)

As you can see, I’m pretty new to the whole recording thing, even though The Midnightmares have been a band for four years now.  The compilation we’re featured on was very democratic, with all the bands involved having a say in how it was released, what it would look like, and helping out with the promotion.  There was talk of vinyl, but the majority shot it down, citing expense and many people’s lack of a record player.  To me, vinyl is a really niche thing.  I had it growing up and the packaging is nice, but I live in a small apartment and don’t have room for a record player, never mind the associated vinyl and all the room that would take up.

I actually used to have a significant vinyl collection, but I sold it all many years ago.  I still have CDs, but they’re all out of the cases and in a DJ box and binders because I still don’t have room for CDs all over my apartment and a CD is nothing more than the thing I put in my computer once so I can put the songs on my iPod.  I was going to do the Midnightmares’ first album digital only, but a lot of people seem to still want the real deal, so we’re going to do CDs and digital releases. It can’t hurt – all it does is make our music available to more people, in whichever format they prefer.  Plus, there’s a tiny part of my ego that thinks “you know you want to hold a physical CD with your band name on it, your name on it, and a bunch of songs you sing and helped write.”

I don’t see myself ever transitioning to physical copies of music. My iPod (which can hold 160gb of music) is treated like the child I will never have. But I will admit even I miss cover art, liner notes, and lyrics.  Sure, I can find lyrics online, but the whole package and how cool it was to open it and really invest some time with a new CD is entirely lacking with downloads.  You get a tiny picture on your screen and sometimes, a digital copy of the booklet, but it’s not close to the same experience.  At the same time, loading up iTunes at work because you had a fond memory of an album you haven’t listened to high school, giving them $7.99, and listening to it instantly is also pretty awesome in its own way, and something that wasn’t even a possibility in the fairly recent past.

I guess I just made the perfect argument to myself as to why we’re doing CD and digital versions of the album.  There are pros and cons to both, and since digitally releasing albums is relatively easy, there’s not much of a reason to not do both.

I release all my albums on CD and digitally through CD Baby.  Digital downloads are standard today and are necessary to stay relevant.  What I like about CD Baby is that you can stream previews of each song before you buy them.  I’ll continue to have CDs available at shows because that’s what I’m familiar with.  I enjoy creating the graphic art on Photoshop because when I listen to an album I paint a picture in my mind and that’s how I want to present it.  I don’t prefer vinyl because I believe it makes modern metal sound like it was recorded in a garbage can.  Seventies style bands like Black Sabbath, Led Zeppelin and Judas Priest sound great on vinyl because the analog recordings do not pick up the high frequency.  CDs have a better quality recording than a compressed MP3 file.  The greatest thing about an MP3 is that you can shuffle the playlist and have the convenience of listening to multiple bands without changing discs. I’ve scratched up hundreds of CDs in my car.

It’s really sad that the digital copy is not what it used to be.  When a CD came out, you used to go to the store and listen to it and look at album covers, which influenced what you bought.   I’d see the awesome artwork, for example, Cannibal Corpse with guts ripped out or any death metal band with an “unreadable band logo” and want to listen to it just because of its presentation.  Nowadays you read something on Blabbermouth, Metal Sucks or Metal Injection to find things to check out, go to YouTube and hear a song or two.  It seems like the trend is that bands are releasing EPs instead of full albums because they’re not making any money with digital downloads.  You’re not getting as many songs.  I’m not paying attention to the lyrics as much either because I’m not getting album packaging like I used to.

After reading the opinions of living, working musicians it appears that within the independent scene, the “hard copy” aspect still proves true. It’s miles easier and more effective to hand someone a CD when promoting your work than giving a website address and the guarantee will always be that the recipient has an instant opportunity to listen. Maybe the “hard copy” will never fully disappear; like a painstaking assembly of a library of old books, a collection of music, or even the tangible aspect of holding your song in your hands, means more than knowing it’s inside your device.