Groupoem guitarist and songwriter Terry Robinson says in their documentary, “In a way, I don’t think any of us could do anything without each other.”  Do his bandmates agree?  Well, the band originally formed in Toronto in the Eighties, but broke up in 1989.  Bassist Darren Katamay set out to find the rest of the band in 2012, discovering that all of them had coincidentally moved to the Vancouver area.  That was enough of a divine signal for him to shout the ancient rallying cry, “We’re getting the band back together!”

Groupoem self-released Dirt Church in May 2017, a nineteen-track album featuring several tracks recorded in the late Eighties plus new songs the reformed band has worked on between 2013 and 2016.  The music is raw and grungy, reminiscent of the Nineties although Groupoem was inactive through that decade.  Their freewheelin’ vocalist “Marph” sounds like a cross between Eddie Vedder and a street corner evangelist; when the rest of the band tracked him down to get back together, he was living off the grid in the Canadian wilderness.  “I was just kind of enjoying the idea of no electricity,” Marph says in the documentary.  “Like, I wasn’t contaminated by electricity — I didn’t require that stuff being pumped (into) my house.” 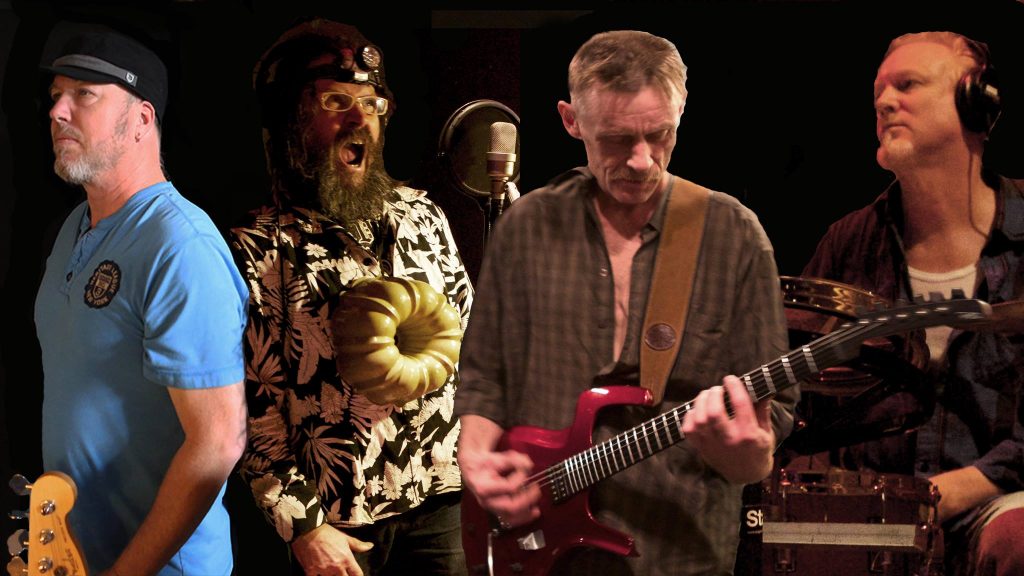 Luckily for Groupoem, Marph was willing to interact with electricity to make a record.  Now just months after Dirt Church’s release, the band is hard at work on a follow-up album.  Their distinctive blend of punk, psychedelia, and spoken word is sure to gain them some new listeners.  Check out some Groupoem tracks below and let us know what you think!