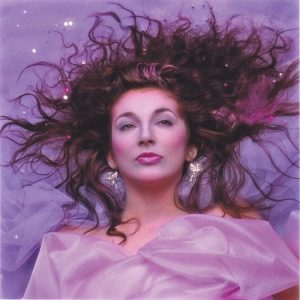 What happened to the intellectual angle in pop music? There was always a need for accessibility – bright melodies, danceable rhythms, relatable lyrics. But when did it become a genre bent on laziness? It’s all about appeasing the casual listener now with the least amount of effort. Recycled beats, auto tuned vocals and lyrics that read at a second grade level turn up over and over on the music charts, and this brings me to my next question: When did the casual listener become so accepting of this hackneyed pop formula? Dumb-as-fuck (like, seriously fucking stupid) songs top the summer hit lists every year, and the pace doesn’t seem to be slowing. Maybe people just need a distraction. Maybe it’s all about finding that bit of artificial happiness that gets you through the bullshit of an unsafe and uncertain world. Maybe pop music is like reality TV, meant for mindless escapism from work and responsibilities that require good sense, intellect and emotional involvement. A reality TV star is president of the United States. Maybe there’s a correlation…

The 80s was definitely a decade that had its share of decadence and pretense. But pop music in the 80s was far from an embarrassment…well, mostly. Once you get past the fashion, the corny music videos and dated synthesizers, there’s a lot of genuine talent. Stars like Michael Jackson, Peter Gabriel, Prince, and Kate Bush were great entertainers, but also fantastic lyricists and songwriters. Their hits were absolute earworms, but on a deeper level they provided thought-provoking and clever commentary on politics, social issues, spirituality and in Kate Bush’s case, imaginative storytelling.

What’s unique about Kate Bush is the fact that many of her songs are rather impersonal, at least on the surface. She creates these characters, settings, and storylines that seem separate from her identity and history. There’s obviously links between her personal life and her music if one digs into her words deep enough. But it’s refreshing to hear a pop artist that shifts their focus from self-indulgent motivations to explore the wider artistic realm. She’s more of a narrator; a musical novelist even, that has a real knack for packing all of her artistic ambitions in a beautifully wrapped gift box of digestible pop music.

She’s a bit of an eccentric, endearingly British and one of my favorite singers ever. Her vocal range is impressive and her delivery is rather quirky and unique. But even in her strangest moments, she doesn’t lose any of her sexiness, sweetness or poetic wit. Her musical palette is wide, each one of her albums like another adventure story in a library made for people that like reading, dancing and singing in equal measure. Here’s four of my favorite “books” of hers.

This is arguably Kate’s most successful album. “Running Up That Hill” was a hit single and its music video had considerable MTV airplay. It’s definitely one of her most diverse albums, split right down the middle between a Side A of bombastic pop songs and a stranger, progressive Side B that plays out like a miniature story about a woman lost at sea. The album is a fusion of many sounds and styles. “Cloudbusting” is a personal favorite, driven by a sweet and pastoral string arrangement. “Jig of Life” features Celtic instrumentation, shoving around a boisterous Irish personality. “The Big Sky” starts as a joyous, jogging, and rolling pop number that builds up into a rousing choir of tribal drum rhythms. Amazing stuff.

Kate’s first two albums are enjoyable enough as collections of songs. But Never For Ever is where her albums become musical events. This is also the first album that really shows off her idiosyncrasies. “Babooshka” is the story of a jealous wife who decides to test her husband’s loyalty and ends up ruining their relationship. It’s a pleasure to listen to, featuring lax and luxurious verses and a fun, slightly ridiculous chorus. “Egypt” is another highlight, underlining the difference between someone’s opinions of a place they’ve never been and the reality of what that place is like. It’s an enchanting song of ethereal chants and Arabic melodies in a bit of a dangerous mood.

This is Kate’s comeback album, released in 2005 after disappearing from the public eye for twelve years. It’s a double album that plays like two separate pieces of music joined together. Disc 1 is written in traditional song format, consisting of beautiful and mellow ballads about various matters like mathematics, Joan of Arc and Kate’s son Bertie. Disc 2 is conceptual, documenting the passing of a day in the life with particular emphasis placed on the moving of sunlight. Kate’s lyrics read like landscape poetry, eloquently meditating on the sky, the sunset and the stars. It’s quite a peaceful album, but no less ambitious or progressive than the rest of her work.

This release is a personal favorite. It’s definitely the strangest album in her catalog, and can be difficult to get into. Moments can be somewhat jarring, loud, excessively percussive and gaudy, so it might not be the best place to start. But a lot of time and devotion to subsequent listens can be rewarding. There’s a lot here to digest. “Sat In Your Lap” is an anxious, forceful, somewhat frustrated pop song about the quest for knowledge. The title track is a dark, sinister death march about the treatment of Aboriginal culture in Australia. “Get Out Of My House” could possibly be my favorite song of hers, with an in-your-face production treatment, a rowdy vocal and intense screams whipped up in a musical soup of aggression.