The March 2017 album from Canadian rockers Psychocide, aptly titled Alcohol & Bad Decisions, is surprisingly catchy for being named after a cliche of everyone’s early twenties.  (Or mid… Or late… Or early thirties…)  But there’s truth in cliche — in “Temporary Friends,” Goldwyn Thandrayen croons, “Seems I could never get this right.”  Haven’t we all felt like that before?

After scanning the press release, I was skeptical about this band.  “Jack Daniels and Notting Hill Bin 808 red got involved alongside with some serious debauchery which took place between Brooklyn’s Bushwick (which was not cool yet) to Manhattan’s East Village. Along the way unprotected conversations accompanied by an acoustic guitar (Yamaha F-310p) took place, and this led to…”  Hmmmmm.  Their bio went on to explain that they traveled to San Diego and LA, only to somehow end up in Canada — or at least, run out of money while in Canada, hence remaining there.  “If you would like to show your support to help us pursue our dreams,” the band writes, “come to a show or buy a record, so we can maybe make it to Los Angeles or better yet the circus.” 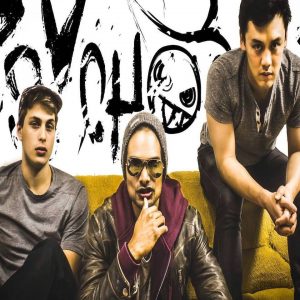 Sounds like these dudes create the circus… But I couldn’t help liking their music.  This is an interesting pop rock record that turns universal dreams and characters into infectious songs.  Their videos are also well-made, like the one for “Mary” below:

Overall, Psychocide promised to set a scene and they delivered.   While these bros might need to shell out for a copywriter, Alcohol & Bad Decisions is a worthwhile addition to any pop enthusiast’s music collection.