Dyed in Grey’s recently released album The Abandoned Part is a catchy and well-produced debut that will appeal to serious progressive metal fans and casual listeners alike.  Songs like “DeadHead” and “Filth” show the Brooklyn band’s penchant for alternating heavy, intricate prog-death parts with calmer singing and lyrical guitar lines.  Their riffs are pulled from the dreams of Dream Theater and the psyches of Cynic, and the clean vocal harmonies are really dazzling – not an adjective to be used lightly. 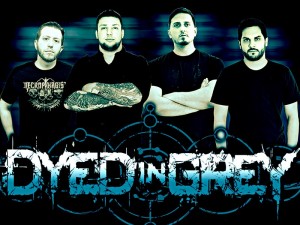 If you like your metal cerebral and expressive, Dyed in Grey might become your new favorite band.  Unfortunately you won’t be able to see them live until later this year, as their drummer is currently touring with Darkest Hour.  In the meantime, check them out of Facebook and Bandcamp — and always, Alternative Control will keep you posted on upcoming shows!