Hey folks. I guess I needed to post my own Halloween article, so it doesn’t seem like I’m a holiday hater. I decided to keep things firmly in the “music nerd” category once again, and offer my thoughts on a collection of albums that I thought people might be interested in. And to keep with the holiday spirit, I chose a selection of music that has a spooooky vibe to it. They might not be totally frightening, but each album shares a dark, brooding and dissonant nature. Oh yeah, and no metal will be included (because that would be too easy). So, let’s get on with it! 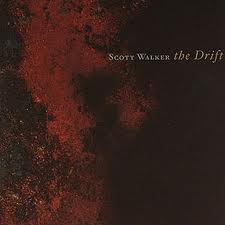 Okay, this album had to be on the list. It could be the one album in this selection that is truly frightening. For those who don’t know, Scott Walker is an American singer who gained some popularity in Europe as a teen idol in the 60s. His deep, sensual and romantic crooning voice sounded like icing on a cake, and to the girls, he wasn’t bad to look at it either. Over time his music became more and more avant-garde, his compositions veering far from the R&B pop that he became famous for. His output became very sparse as well, to the point where he now releases an album every 10 years on average. This brings us to his most recent album, The Drift, released in 2006. Walker is now in his 60s, and though he’s still an amazing crooner, his voice has naturally deepened with age. His singing on this album is beautiful, but can be incredibly creepy a lot of the time. The actual music is something that I can’t equate to anything else. It’s cinematic and linear, structurally built as huge blocks of sound. There’s a great sense of dissonance throughout the whole record, and his singing provides most of the melody. The songs can be absolutely frightening at moments, to the point where listening to it in the dark could cause you to look over your shoulder from time to time to make sure there’s no real danger sneaking up on you.  Some auditory highlights include percussion by punching a slab of raw meat, a disturbing section with a braying donkey and the scariest Donald Duck impression ever. Also, the lyrics are incredibly visual, adding to the disturbing vibe of the album. Highly recommended. 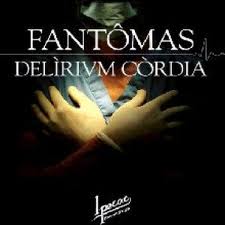 Fantomas is one of singer Mike Patton’s many projects. Musically, for the most part, Fantomas consists of very rapid and ridiculous moments of blistering speed metal coupled with Patton’s wild vocal gymnastics. Delirium Cordia, however, is a major departure from their usual sound, and the metal is toned down considerably — which allows me to cheat a little and include this on the list. I can sum this music up pretty simply. Conceptually, it’s about waking up during a surgery. There are no actual lyrics, but Patton still spills out a considerable amount of wordless vocal acrobatics in everything from piercing screams and chilling whispers to bouts of human suffering. The album runs as one 57 minute piece, so there are also no actual songs. It’s more like a soundtrack, and varies quite a bit in its musical flavor. There’s metal here and there, but also choral moments, electronic bits, and sections of absolute noise. It’s quite effective and can be really disconcerting in parts. It would be great background music to play outside the house to scare trick-or-treaters Halloween night. It’s also great for more attentive listening, if you feel like freaking yourself out. 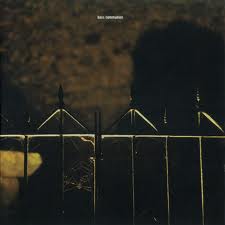 Bass Communion is basically a fancy name for one of Steven Wilson’s solo projects. Wilson is best known for being the founder of the band Porcupine Tree, but also involves himself with a host of other musical endeavors. This is an album that falls under the “dark ambient” musical genre. It’s quiet, minimal and ominous, built mostly around the piano and the processing of old and scratchy 78rpm records.  It gives listeners the feeling of being alone in a cemetery at night. The five pieces on this disc have an incredible sense of space, and drone on with a deathly vibe. Distantly within the music, disembodied voices can faintly be heard and static weaves in and out like a paranormal disturbance. Rightfully enough, the concept of the album was built around the act of recording the dead, and the music hit’s the mark perfectly. Though it’s extremely hard to find, there’s a version of this album floating around out there that has actual recordings of paranormal activity embedded into it, which makes the music all the more effective. The regular version itself is also kind of hard to obtain unfortunately, but burningshed.com might have a few copies left. This also comes highly recommended.

P.S. Burning Shed is a wonderful online record store with a great selection of obscure records. All music lovers should check it out when they get the chance.

Sunn O)),  Black One — Alright, it’s kind of a metal record. But it’s more like a really heavy drone album. Noisy and disturbing for sure.

Univers Zero, Heresie — Doomy prog that sounds a lot like chamber music. It has a reputation for being one of the darkest albums ever made.

Robert Rich and Lustmord, Stalker — A soundtrack and another dark ambient album. This one is a lot louder and richer than Bass Communion, but no less effective.

When, The Black Death — This is basically an auditory recreation of the black plague. It’s weird and atonal, and consists of a collection of sampled sounds cut-and-pasted together to form one linear piece. It’s very hard to find, though.