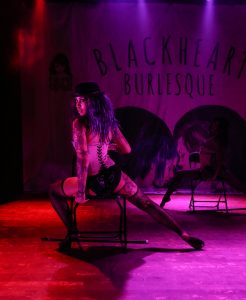 Photo by Will Ryan.

For the past 15 years, the SuicideGirls website has been offering an alternative and modern update on the classic pin-up, featuring tattooed (and sometimes non-tattooed) women of all shapes and sizes.  These are women who are a bit different from your standard nude model, not only in looks but in their interests as well.  The site offers an option for people who want a little something more from their cheesecake.

In addition, the brand has split off into books, videos, and even a full on touring burlesque show.  SG’s Blackheart Burlesque will be playing College Street Music Hall in New Haven on May 18, 2017.  With their arrival imminent, we decided to send SG founder Missy Suicide some questions concerning her brand and the tour. Below are her answers.

What made you decide to do Blackheart Burlesque in the first place? Why do you keep it going?

We wanted to do a pop culture themed burlesque that celebrated the ethos of the girls on the site. We wanted to combine the girls’ interests in cosplay and culture with the sexy ethos of burlesque and set it to a kick ass soundtrack to create a fun, unique experience.

When SG first started did you ever think you would be branching off into things like burlesque tours?

We launched the site in 2001 and in 2003 we launched the first Burlesque Tour. In the same way that we updated classic pin-ups with the website, we wanted to take the sexy fun spirit of classic Burlesque and put a modern twist on it. We wanted to create a live experience that would bring our community together.  The first iteration of the tour was much more punk rock and free form.

What can we expect from this year’s edition? What pop culture is getting the SG spin to it?

More TV show references. TV has gotten so good over the past year there are so many amazing options on so many platforms and channels.

What do you look for in a Blackheart Burlesque performer? Do they have something extra that separates them from other Suicide Girls?

They have to be amazing dancers.  The choreography is intense […] and the show is an experience that we curate thoroughly. 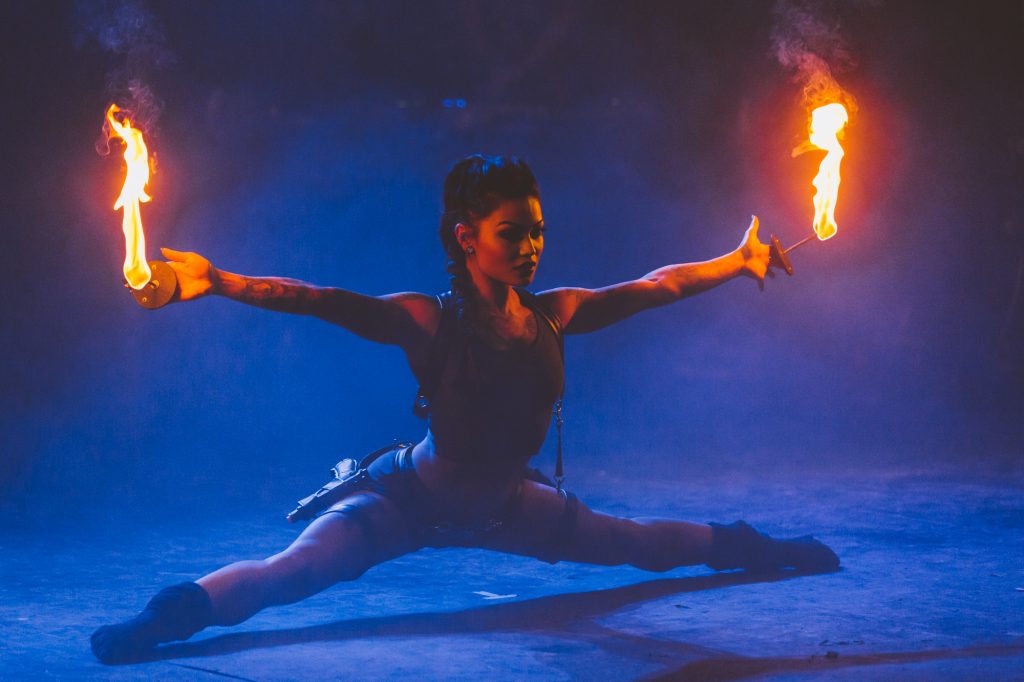 Apparently they also need to be good with fire. Photo by Derek Bremner.

What have been the craziest reactions you have gotten from the crowd? Are there any stories you would like to share with us?

On the first tour of the Blackheart Burlesque, we had a dance contest where we invited some of the members of the audience on stage to show us their stuff during the show. During the New York show there was a very enthusiastic woman who got on stage and had some impressive moves; she also sang a bit and was clearly very talented and enjoyed being on stage. We talked for a second and she said her name was Sunny and she was working for the state of New York in a clerical position in Albany but dreamed of being on stage. We told her she was great and she went off into the night.

The tour ended and about 3 months later we were holding auditions for our Australian Tour in Los Angeles — and lo and behold, Sunny was there. She auditioned and was incredible. She made the troupe, came to Australia with us, moved to LA, and hosted the next US tour.  (Sunny) has been an amazing member of the SuicideGirls family since then.

How do you think SG has changed the face of the adult entertainment industry? What do you think has been its impact?

We aren’t really a part of the adult industry. In the 15 years since starting SG, I think the world has become more accepting of women with tattoos, or women appreciating their body and celebrating their unique beauty. 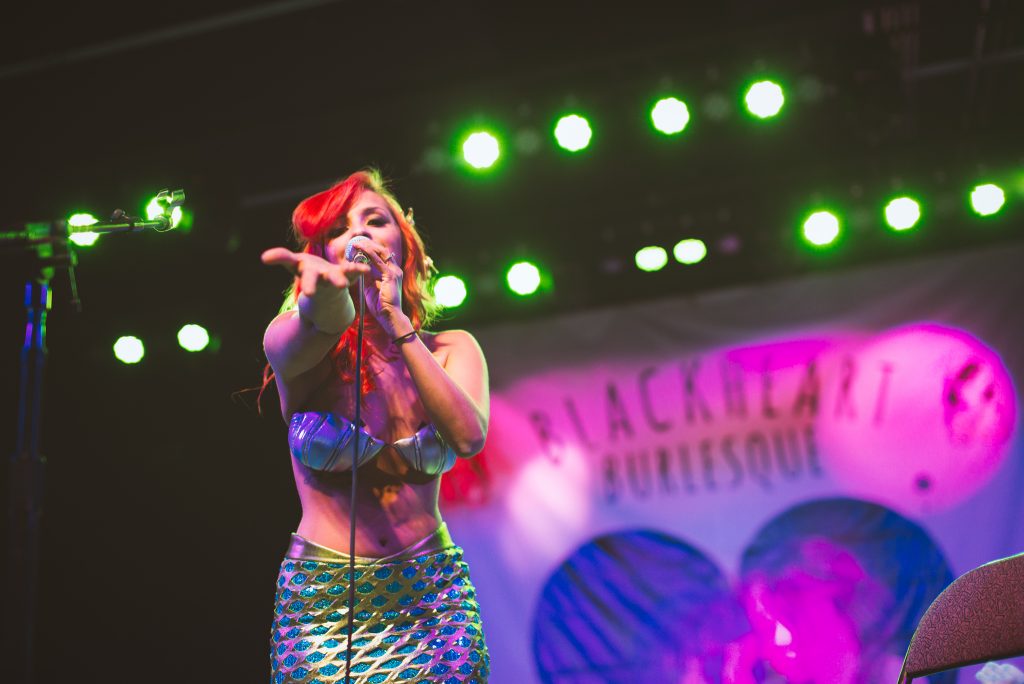 Come see the beautiful SuicideGirls for yourself on Thursday May 18th, 2017 at College Street Music Hall in New Haven.  Tickets available here.

All photos used with permission.