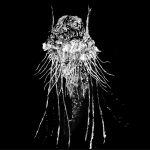 It’s a Nerd Talk takeover with Into The Storm!  The Seattle sludge dealers had this to say to Alternative Control:

“Movies, books, and games have shaped each of our lives in one form or another. Here is a sampling of the media that has influenced Into the Storm throughout their passage of time, recollected one night while drinking and staring deeply into each others eyes (one might even say each others souls). A topic was shouted over the general conversation and answers were rambled and muttered back in an aggressive manner, often falling to hushed tones discussing deeply intimate experiences. This is what was captured on that particular night.” 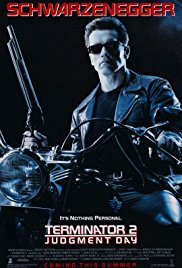 ‘Favorite movie of all time, go!’

Eric: Face/Off (1997) You’ll never get a movie where you see another person cut their face off. Travolta and Nicolas Cage in the same movie trading places is icing.

James: Predator 2 (1990) Danny Glover taking on a rogue predator by himself, enough said. In the city there is a rogue alien that is trained in trophy killing and Glover takes him mono e mono and I mean…come on, wow. No spoilers, you know the rest.

Brant: Jaws (1975) Because old drunkards tell the best tale. One by one you see the people being taken down. I watch this movie all the time, forever it will always be my favorite.

Matt: Terminator 2 (1991) Live, laugh, love, robots from the future coming back to protect the time space continuum or as the collector’s set when I was child said, on the back no feet but what you make. A typo like that can live forever. Can you change the future? Can you change the past? Must you live in a world where a robot that seems to care and love you must sacrifice himself in order for you to know that you are important. Long live subversion. 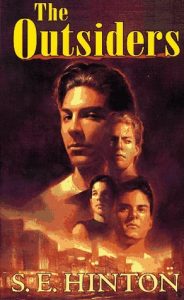 E: The Stranger by Albert Camus. It introduced me to existentialism. I don’t want to say it’s never considered but it stuck to me. Not a lot of books do that. I mean maybe Where’s Waldo series as well.

J: Three Body Problem by Liu Cixin. There are so many favorite books, but this one stuck with me. Thinking about it and the concepts it presented. The dive into what is stable and what isn’t stable. This look into what do you know and how do you know it or prove it to be true? Can you trust it? What if something is skewing your results or you don’t know enough scope on the problem? Mind fuck.

B: The books I know both were made into movies. I think I am going to go with The Outsiders by S. E. Hinton. The history of the time and the place was such a… *eh* how do I say, ‘on point’ without sounding like an asshole. The geographical time and place just made so much sense, it is based in the 1960s I think, in Oklahoma. My aunt was a Soc so it is like a piece of my past. I like it because it shows that there were these two sides of society just at the time, it’s so crazy, you were a Soc or you were a greaser. Being in the middle of the country you were one or the other and you fought for it. It feels like a piece of my history, encapsulating where my family grew up.

M: The Neverending Story by Michael Ende was given to my partner by a longtime friend of mine. Once it made its way into my hands I was presented with understanding the ever evolving possibilities of a story that grows with you. Each facet of your personality taken into account and run against becoming physically embodied. Do you succumb to the deepest natures and issues present in yourself as so many have before you. Or are you able to understand your own growth without becoming lost along the way. I catch myself thinking about how this book applies to my life all the time.

‘All right what is or was your favorite game, all time?’

J: Everquest (PC – 1999) This is the game that shaped the person I am today. A young impressionable James ran into this digital playground and came out a different person.

E: Super Mario 3 (NES – 1988) One of the games I played a lot as a kid. It was me and my sister mobbing through that shit. That lead to the future of playing any other system that came out.

B: Goldeneye 007 (N64 – 1997) This game brought all of my friends forever. We called each other pieces of shit for no apparent reason and if you played as Oddjob you were piece of shit. Just crouching all the time. Man…  Ken Griffey Jr Baseball made me fat.

M: Starcraft 2 (PC – 2010) because it is the successor to Starcraft and Starcraft: Broodwar, the best RTS franchise of all time. Real Time Strategy. No other game has been able to keep me coming back year after year regardless of what other games have come out. I hope the rumors of Warcraft 4 are true, more RTS all the time.

And that’s a wrap!  Check out Into the Storm’s split with Smooth Sailing: