Hailing from Richmond, Virginia, Holden is a new post-metal/doom band that’s working on their debut album Ursa Minor.  Band members Palmer Sturman, Sam Berson, and Michael Arcane joined us for some Nerd Talk about their favorite movies, video games, and books.  Spoiler alert, Palmer needs to check out Knight of the Round and a few of these guys should start a book club with Duncan Evans! 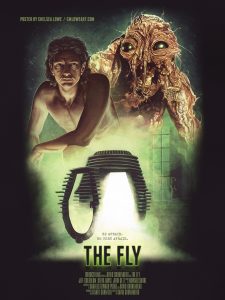 Movie: Tough one – if I had to pick only one it would probably be The Fly (1986). It’s a movie that is up there with The Thing in terms of achievement when it comes to makeup and practical effects, but has tons more pathos involved in the story. Jeff Goldbum’s role is iconic and impressive — the way he gets increasingly more manic and fascinated in his own transformation even as his body literally begins to deteriorate is incredibly well done. It’s also directed by one of the best horror director’s to ever live, David Cronenberg, and his signature brand of body horror is stamped all of it. To this day there are scenes in that film that still makes me squirm with disgust and fascination. It’s definitely one for the history books. I’m not entirely sure it’s my favorite film of all time per say, but it’s the first one that readily comes to mind and it’s one that I’ve watched time and time again with no love lost. Sam and I did a great episode about it on our horror podcast Terror InPodnito, so tune in and check it out if that’s something that interests you.

Game: Probably FFVII or The Legend of Zelda: A Link to the Past. Both of those games are my childhood, I’ve replayed them all countless times and to this day I still live for the gameplay, story, and progression. Sure, games have engrossed me more since and there are plenty that I have dumped more hours into, but none have ever hit me on quite the same level as though.

Book: Probably Child of God by Cormac McCarthy or A Day in the Life of Ivan Denisovich by Aleksandr Solzhenitsyn. They’re both depressing reads teaming with takeaways that will leave lasting effects on both the reader’s imagination and psyche, but their polar opposites in terms of message. One focuses on remembering one’s pride in the face of adversity, the other one is about the deterioration of man. They’re both short reads that focus on heavy subject matter. 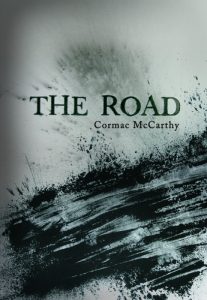 Movie: It’s a tie.  Empire Records (1995) had a great soundtrack, angst-filled characters that I aspired to be (I was 10 when I saw this), and is just a lot of fun. Favorite horror movie since Palmer mentioned our podcast and he hates me for this: Scream (1996).  It’s what really got me in to horror and introduced me to it at a young enough age where I didn’t really know enough about anything to have an opinion worth shit. Despite that, it’s one of the first horror movies I remember seeing, and being introduced to post modern horror without having any sort of reference for older stuff is what led me down the rabbit hole that eventually ended with having a fucking podcast about it. I saw both of these when I was 10 or 11, and they just resonated with me. There are better films, but I’ll stop what I’m doing and watch these whenever they happen to be on.

Game: Ogre Battle: Person of Lordly Caliber (N64, 1999).  I played through this game probably ten times or so on console. Got me through some rough times growing up by giving me an escape and distracting me enough with its tactical aspect, and even now has me wondering why that franchise died off and hasn’t rebooted anything like everybody else seems to be doing.

Book: The Road by Cormac McCarthy, which I last re-read on my fucking honeymoon because why not get a good dose of crushing depression and despair when you’re on a beach, or Neuromancer by William Gibson, because weird future sci-fi tech stuff has always fascinated me (which is why Transmetropolitan by Warren Ellis was a runner up to that; comics count as reading, and I don’t care what anybody says.)

Movie: My favorite movie has to be The Godfather I and II, and that really requires no explanation. But I also want to keep things in the horror genre theme with Palmer and Sam here, and so I am going to go with Salem’s Lot. Close second is Exorcist III, which is just so goddamn twisted and George C. Scott is fantastic in it. But Salem’s Lot is a masterpiece. Tobe Hooper of Texas Chainsaw Massacre fame directed it as a made for TV mini-series. It has virtually no blood, no on-screen violence. And it is absolutely terrifying. Tobe Hooper is a master of doing so much with psychology and tension, and so most of what you remember afterwards as being scary or gory or violent was actually just created in your own mind. Salem’s Lot is an adaptation of the Steven King book; when I watched it as a kid, it scared the bejesus out of me. It’s the only horror movie I ever stopped watching midway because I was too scared. I still watch it every year around Halloween. There are two versions of it available, the full length mini-series and a trimmed down theatrical cut that plays more like a movie. Both are awesome, they have a slightly different vibe to them. 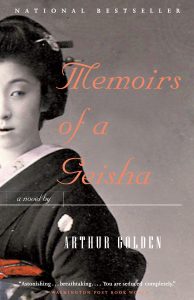 Video Game: FirePro Wrestling Six Man Scramble for Sega Saturn. This is THE definitive wrestling game. It was only available in Japan, so to get it you had to import it AND by a special converter cartridge. Character creation is the most expansive ever, but all the on-screen text is in Japanese so even if you downloaded an English translation manual off the internet, the in game menus are a pain in the ass. But the game is a riot to play. To this day every year when we have the annual fantasy football draft at my brother’s house he pulls out the old Saturn and we have an annual FirePro tournament. And I’m here to tell you I’m still dishing out Criticals as Bill Goldberg.

Book: Two way tie. I know, that’s a copout, but these two books are equally great in my opinion. The Stand by Stephen King and Memoirs of a Geisha by Arthur Golden. I read The Stand right after my junior year of high school. I read it in 4 days, I literally couldn’t put it down. I would wake up, put Master of Puppets in my Walkman (I’m old) and listen to that album over and over while reading until I went to bed. No matter what, the music seemed to perfectly match what was going on in the book so The Stand and Master of Puppets will always be linked in my mind. I read Memoirs of a Geisha on vacation in Poland. My wife and I were going across the country by train, and she let me read her book. It’s one of my two favorites because it is completely immersive. I don’t think a book has ever sucked me in like that one, where it felt like I was living inside it.

Check out a taste of Holden’s upcoming album below: