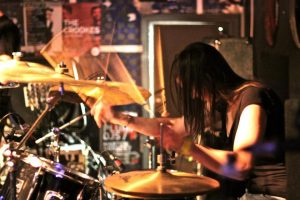 This week in Nerd Talk, please welcome drummer Hayley Mcintyre of UK sludge merchants Nomad.  Nomad’s debut full length Feral comes out later this week — will Hayley’s nerdy picks be as “feral” as her band’s music?  Find out below…

I’m an old lady so it’s gotta be this retro game for me. I was obsessed with my Sega Master System before I started playing drums. Action Fighter was a total banger, I think I just enjoyed blowing shit up! I was even angry as a child. Ha! Fun fact: I’m pretty sure this game was released the year I was born.

Too many favorite films to mention but this is one that I watch repeatedly. People are generally shocked by my film choices as they expect me to be really into horror movies judging from how our band sound & the music I’m into.

This film is a total escape from reality for me. Sometimes it’s much easier to romance about a past era rather than cope in the present day, described in the film as Golden Age Thinking.

I adore Paris, I love the soundtrack & Marion Cotillard is one of my favorite actresses. Woody Allen captures what it’s like to romanticize a particular era in time perfectly! 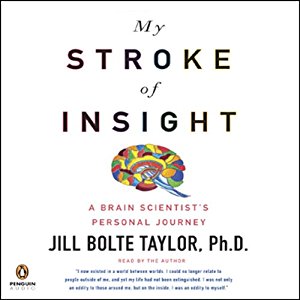 I rarely read books as I can’t seem to find the time in my daily schedule & my attention span often fails me. I don’t enjoy fiction so I only read biographies or real life stories such as this.

The author describes her account of having a stroke, the different stages of recovery & the insight this gave her into the different functions of the two brain hemispheres. The book is such an easy read & also really interesting on a spiritual level.

After all the Stephen King and Terry Pratchett Nerd Talks we’ve been getting, I wasn’t expecting someone to discuss a nonfiction book about recovering from a stroke.  Bonus nerd points for bringing a different perspective!  Check out Nomad’s upcoming album Feral, which will be released on May 31st 2018 via APF Records.