Los Angeles thrashers Diabology have a lot to live up to.  The teenage outfit is sowing its oats in the birthplace of Megadeth, Slayer, Metallica, and many more; forty years after thrash metal’s inception, they seek to carry on the legacy of the greats with their debut full-length Nobody Believes Me.  No easy task —  but the guys took a break from riffage and homework to share their favorite books, movies, and video games with Alternative Control.  Check it out! 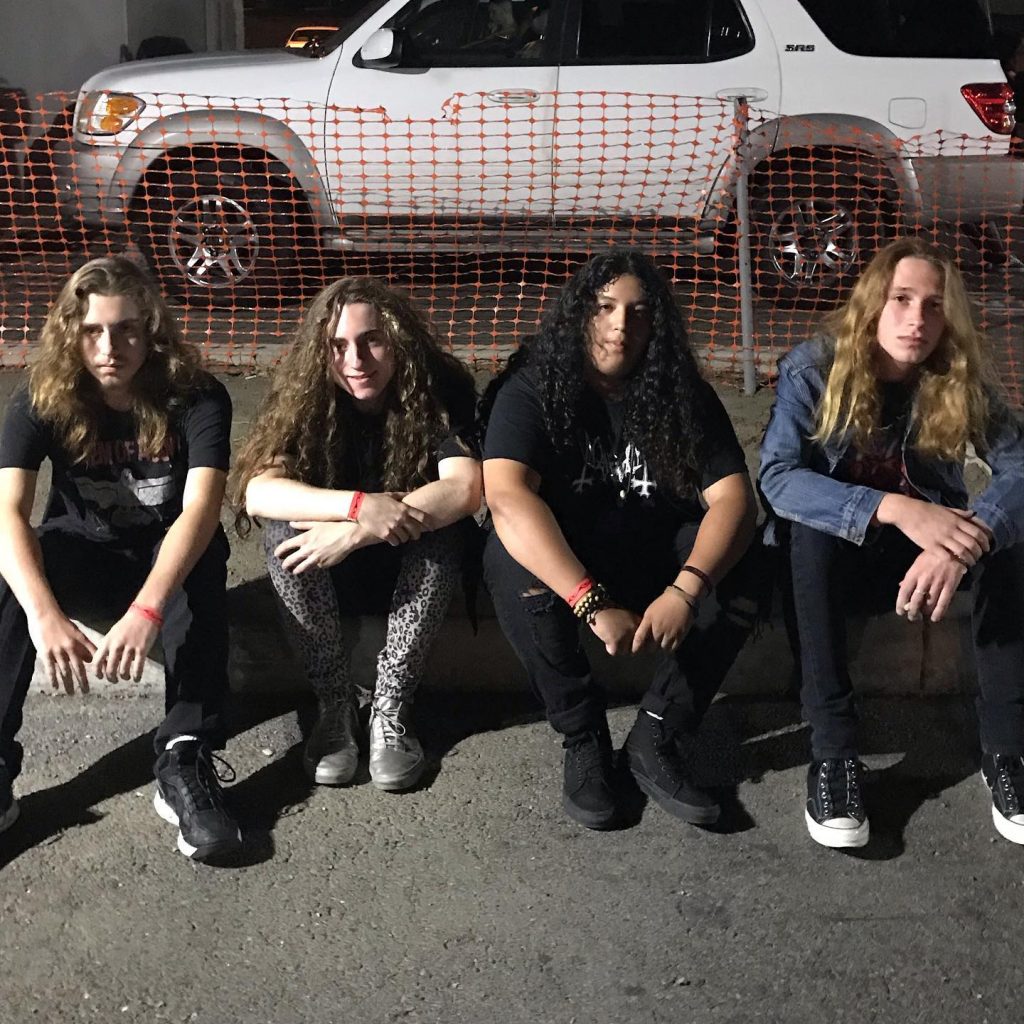 Jesse (guitar/vox): Where the Sidewalk Ends. It’s a collection of poems by Shel Silverstein, most of which are funny and nonsensical. It’s really unique, and the light tone and sloppy drawings really give you the feeling that a lot of heart was put into the book. It’s has a strong statement about individuality and it give a huge middle finger to the concept of “maturity.”

Jack (guitar): The King in Yellow by Robert Chambers. It’s a collection of occult short stories published in the late 19th century. Many of the stories revolve around a fictional play that is also called “The King in Yellow.”  Anyone who reads the play goes insane. The stories deal with themes insanity and death, and many of the main characters are artists. I enjoyed The King in Yellow because I felt that its universal themes still apply today, plus it’s simply well-written and enjoyable to read.

Joseph (bass): The Red Pyramid by Rick Riordan, mostly because of nostalgia. Back when I was in middle school I would read that entire book series repeatedly, and although I can hardly remember it, I still own the whole trilogy and plan to return to reading it soon.

Matt (drums): The Satanic Bible. It’s the only book I need.

Jesse: My favorite movie is Donnie Darko. The film is both a hilarious high-school coming of age film and a dark, occult mystery. It has prevalent themes of loneliness, insanity, and death-my 3 favorite things! I’ve spent far, far too long trying to analyze the ending, and I still have no idea what happened, but that’s what keeps me coming back to it.

Jack: The Big Lebowski. My favorite thing about this movie is it’s phenomenal rewatch value. The first time I saw it, I’m not even sure I understood what was going on in the plot. Every time I’ve watched it since then, I’ve found more and more small things to enjoy about it.

Joseph: Fight Club. When I first saw it, I was probably around 12 and I liked the twist ending. A few weeks ago, I rewatched it, and I now
better understand the movie’s ideas about letting go of material possessions and hitting rock bottom. I think the whole concept is really interesting.

Matt: Fury. I love war movies in general, but Fury really stands out because of its historical accuracy and claustrophobic intensity.

Jesse: My favorite video game is Bloodborne. The gameplay is fast and intense and it constantly keeps you on edge of your seat, but what
really sucked me in was the world. The game’s style is gothic-meets-steampunk-meets-archaic, and it grows more surreal thefurther you get. It makes for one of the coolest and most metal environments in any game ever. Plus another vague ending to over-interpret… jackpot!

Jack: Terraria. I picked it up under the advice of a friend of mine a few years ago. What I loved about it was that it has so much variety,
and yet every aspect of the game seems to be well thought out and included for a reason. Playing through Terraria for the first time was a really unique experience that’s difficult to compare to anything else.

Joseph: Minecraft. I’ve playing it for most of my life, and I like the idea of a completely sandbox game where you have the freedom to do whatever you want.

Matt: Rainbow Six Siege. It has challenging gameplay, which makes it very intense and forces you work closely with your team if you want to win.

And that’s a wrap!  Stream and download Diabology’s tunes below: